Frustration happens if an intervening event, which was no fault of either party, radically changes the nature of the contractual obligations so that neither party can reasonably be held to performance of the contract. The contract is void from the time of the frustrating event.

‘Frustration of a contract takes place when there supervenes an event (without default of either party and for which the contract makes no sufficient provision) which so significantly changes the nature (not merely the expense or onerousness) of the outstanding contractual rights and/or obligations from what the parties could reasonably have contemplated at the time of its execution that it would be unjust to hold them to the literal sense of its stipulations in the new circumstances; in such case the law declares both parties to be discharged from further performance.’ Lord Simon, National Carriers Ltd v Panalpina Ltd (1981) (HoL)

A frustrating event can only occur when no party has been assigned the risk for that event. A force majeure clause in the contract that assigns risk between the parties for certain events avoids frustration.

Frustrating events include; impossibility of performing the contract, supervening illegality and frustration of the commercial purpose of the contract. 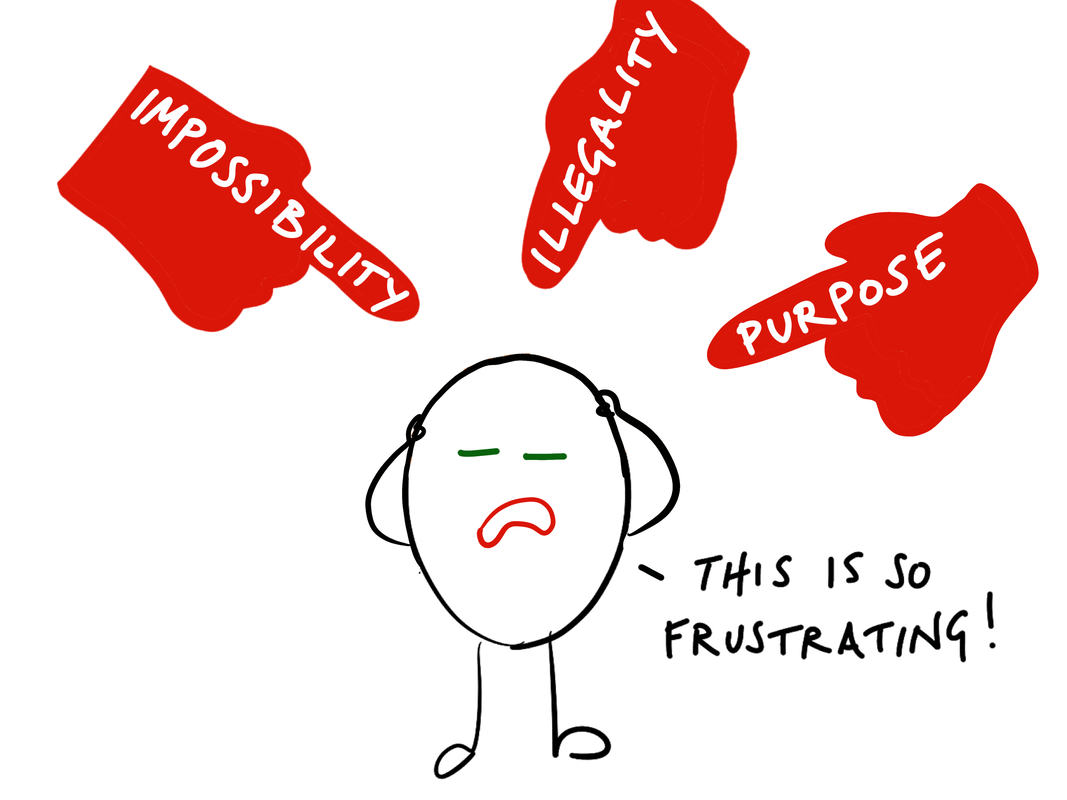 A contract will be frustrated if it becomes impossible to perform through destruction, death or illness, or unavailability.

The partial or total destruction of something that is essential to performance will frustrate the contract (Taylor v Caldwell (1863) (HC)). 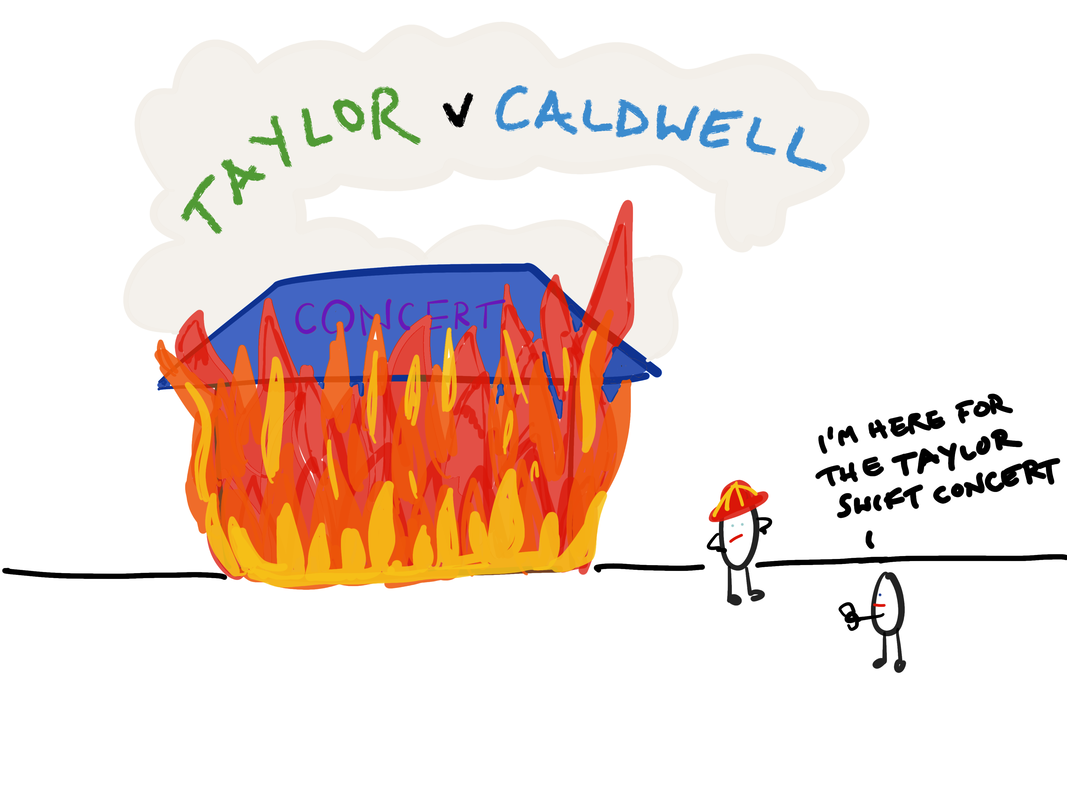 Taylor had hired a hall from Caldwell in which to hold a series of concerts. Before the concerts were performed the hall burnt down. Taylor sued Caldwell for breach of contract. As the fire had not been caused by the fault of either party the court decided that the contract had been frustrated by the destruction of the music hall.

This is also true if something is destroyed that is not the subject of the contract but is essential for performance. In Appleby v Myers (1967) (Court of Exchequer) the destruction of a factory frustrated a contract for maintenance of the factory equipment.

If a party to a personal contract (i.e. one that only that party could perform) dies then the contract will be frustrated. If the party is unavailable for the length of the contract through no fault of their own then this will also frustrate the contract (Condor v The Barron Knights (1966) (Assizes)). 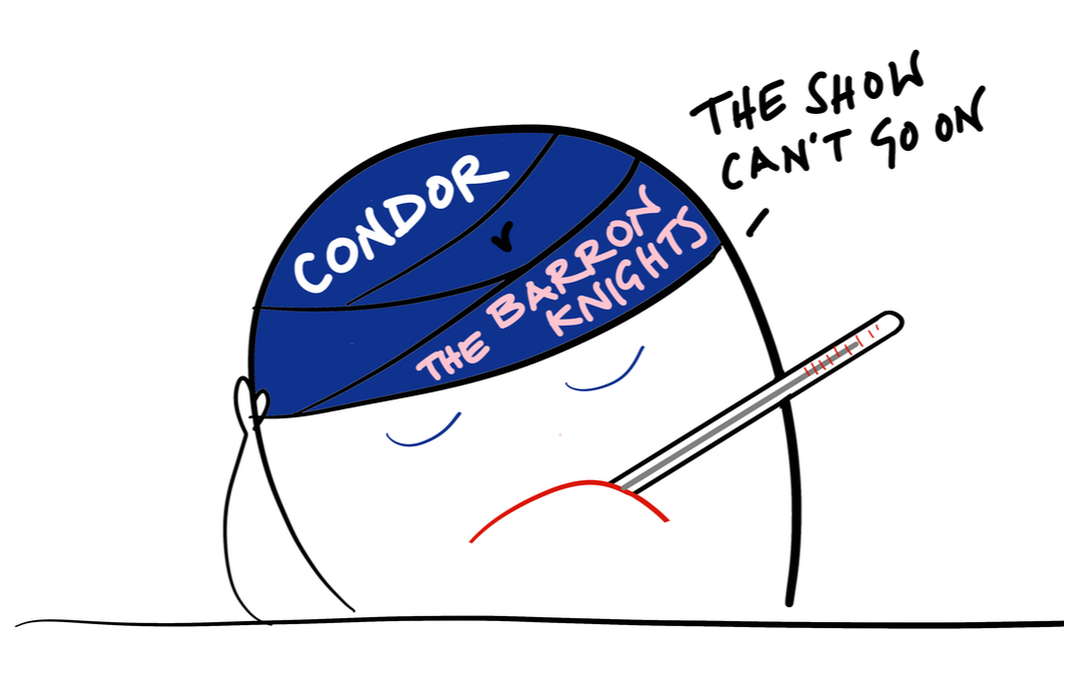 A young musician was contracted to play with the Barron Knights 7 days a week for 5 years. He suffered a mental breakdown and his doctor said he should only work 4 nights a week. On this basis the band dismissed him. He sued them for wrongful dismissal but was unsuccessful because the court held that his illness was a frustrating event which released the parties from future obligations. It was not the fault of either party and if he was unable to play with the band whenever they had a concert that was a radical change to the nature of their contractual obligations.

In Morgan v Manser (1948) a music hall artist’s contract was frustrated because he was called up for military service.

Unavailability of the subject matter, even temporarily, may frustrate the contract. Whether a contract has been frustrated by temporary unavailability will depend on the length of the delay and the effect this has on the overall performance of the contract (Jackson v Union Marine Insurance (1874) (Court of Exchequer)). 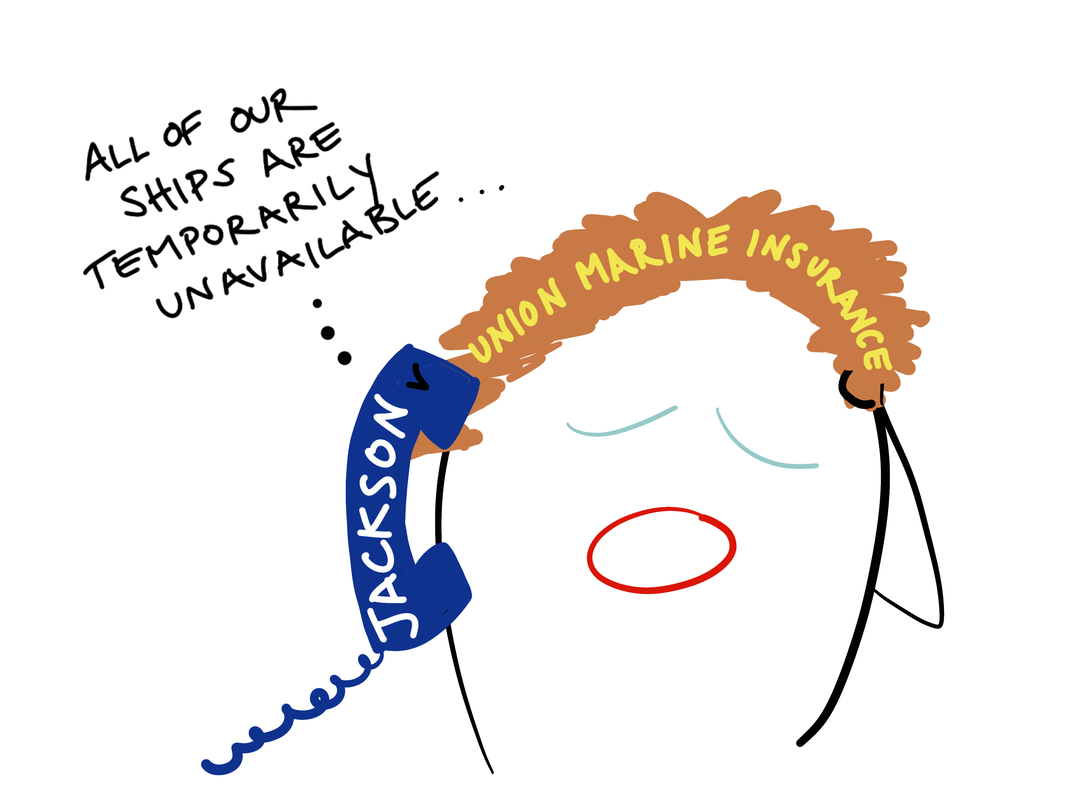 A ship was chartered to sail from Liverpool to San Francisco via Newport. It ran aground outside Liverpool and could not complete the journey until eight months later. The court held that there was an implied term in the contract that performance would be completed in reasonable time. Such a long delay frustrated the contract.

A contract will be frustrated if performance has become illegal since the formation of the contract (Denny, Mott & Dickinson v James B. Fraser & Co. (1944) (HoL)). 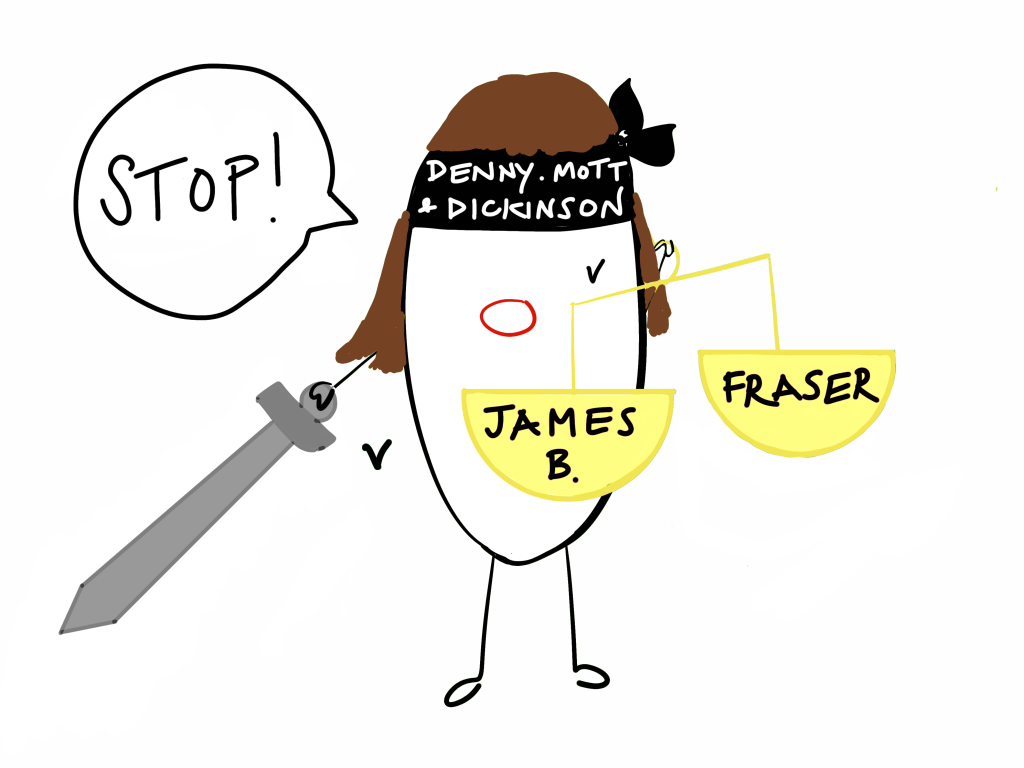 A contract for the sale of timber was frustrated by the Control of Timber (No 4) Order 1939 which made the performance of the contract illegal.

Temporary illegality may frustrate a contract but it will depend upon the length and effect of the change in the law. In National Carriers v Panalpina (1981) (HoL) the local council blocked access to a warehouse, leased by the defendants from the claimants, for 20 months of a ten year contract. This was not long enough to equal frustration of the contract. 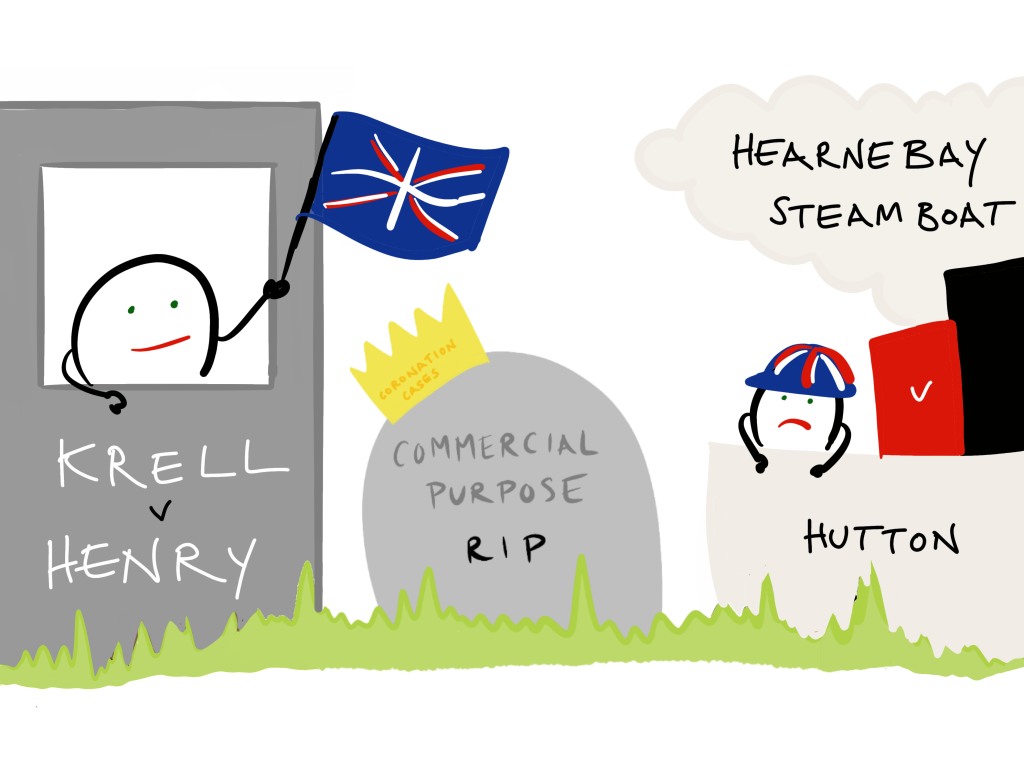 The courts have developed limitations to the use of frustration. 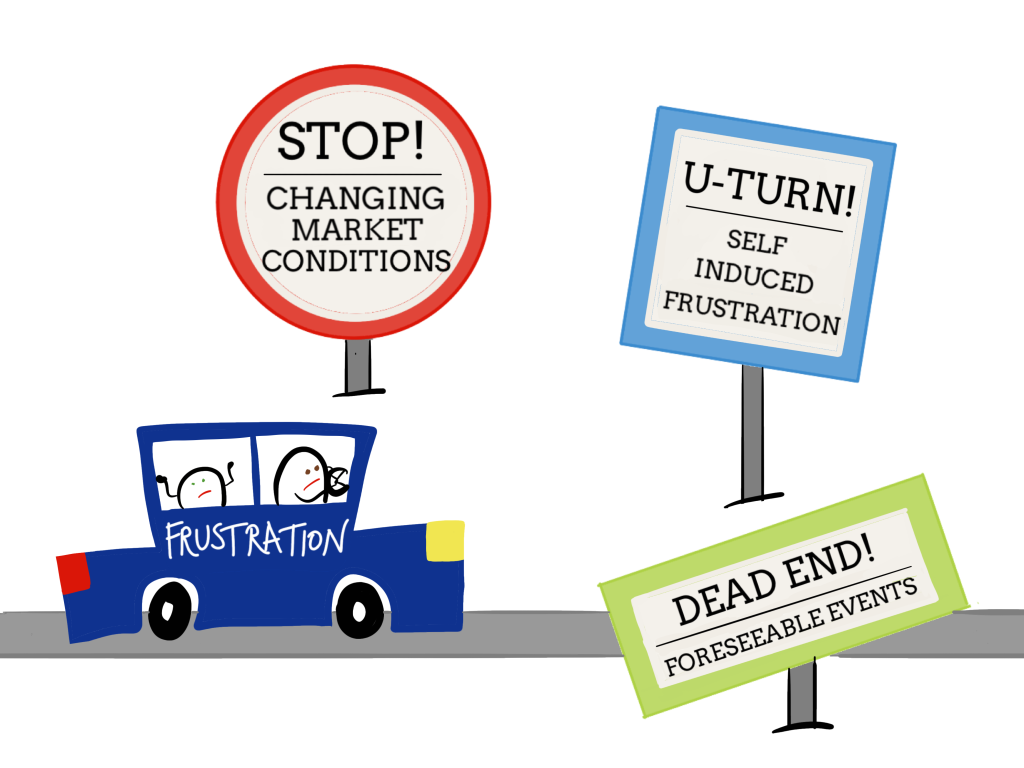 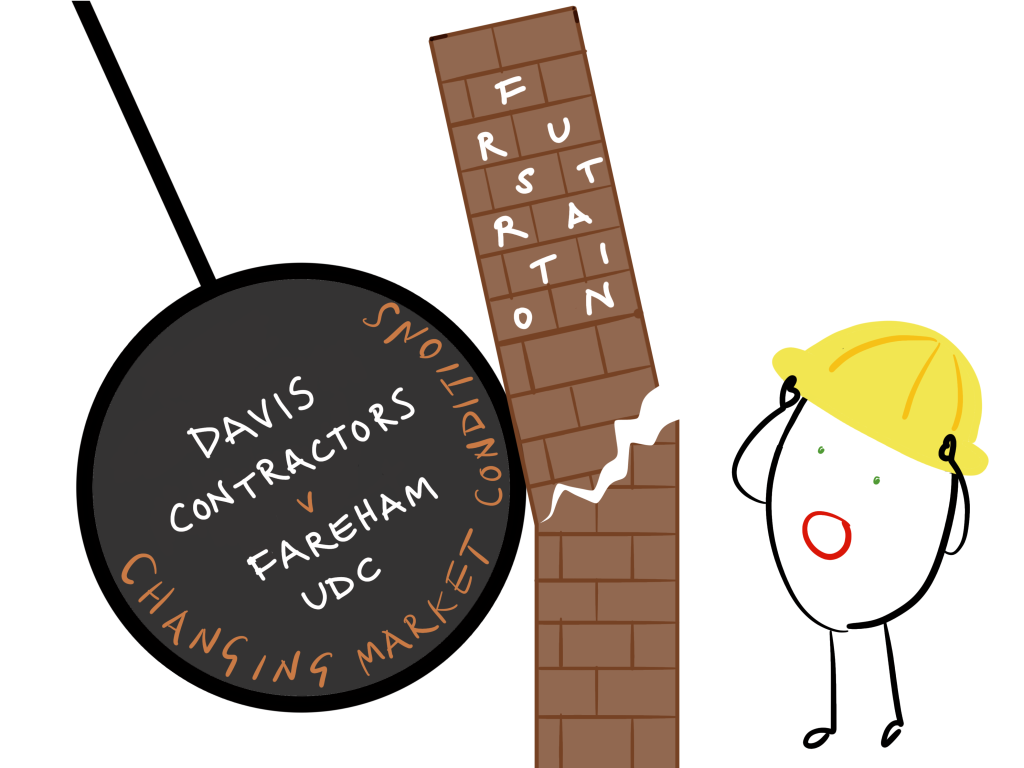 Davis was contracted to build houses for Fareham Council for a fixed price. A shortage of skilled labour led to a delay of 14 months. Davis tried to argue that this event had frustrated the contract and that they should be paid for the partial amount that they had built (quantum meruit). The court disagreed, just because the contract had become more expensive did not mean that it had been frustrated.

Another example is Tsakiroglou & Co. v Noblee Thorl (1962) (HoL) in which a ship delivering peanuts from Sudan to Hamburg could not take the shorter route through the Suez Canal due to the Suez Crisis. The defendants tried to argue that the contract had been frustrated by this event. However, the availability of an alternative route around the Cape of Good Hope (and that fact that the contract did not specify which route should be taken) meant that it was still possible to perform even though the journey would be longer and more expensive. Therefore it had not been frustrated.

Frustration cannot be used if the intervening event was caused by one of the parties (Maritime National Fish v Ocean Trawlers (1935) (PC)). 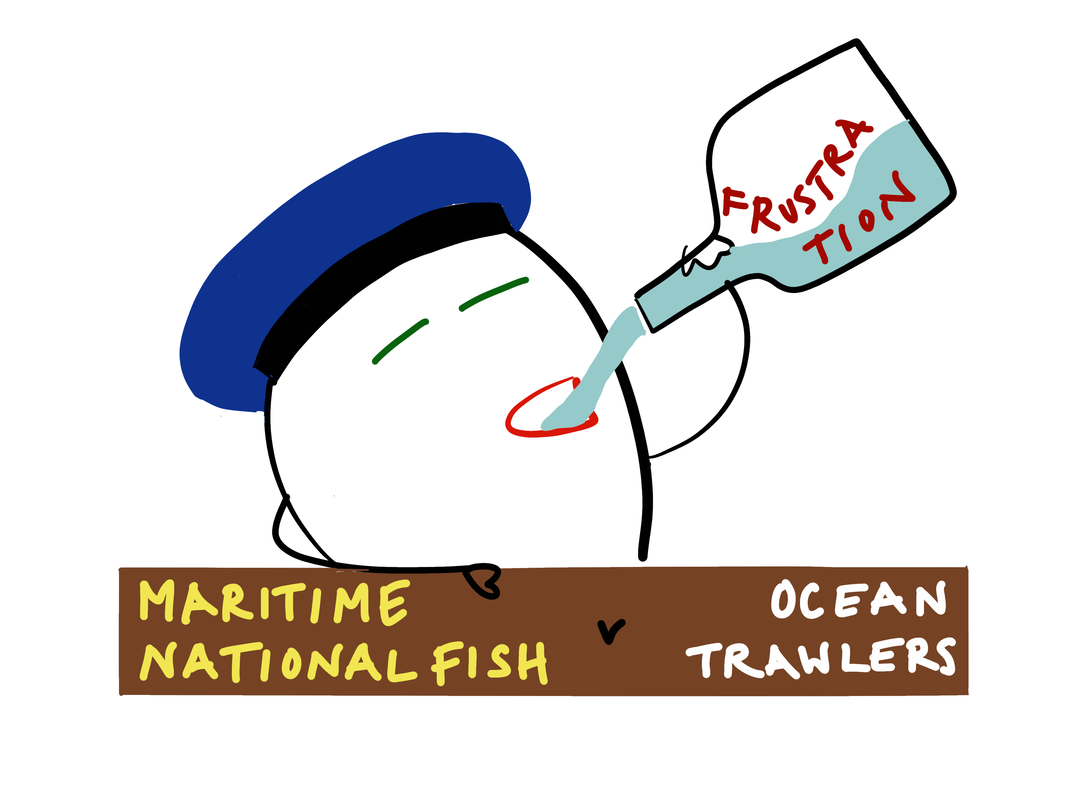 Ocean Trawlers hired a boat, the St Cuthbert, from Maritime National Fish. For it to be usable as a fishing vessel Ocean Trawlers had to apply for a licence. They did this but were only allowed three licences for five ships and chose not to licence the St Cuthbert. They then tried to claim that this had frustrated the contract; the court disagreed because their lack of permit was self-induced.

If an event was foreseeable it cannot be frustrating, ‘the less that an event, in its type and impact, is foreseeable, the more likely it is to be a factor which…may lead on to frustration’, (Amalgamated Investment & Property Co. v John Walker & Sons (1976) (CoA)). 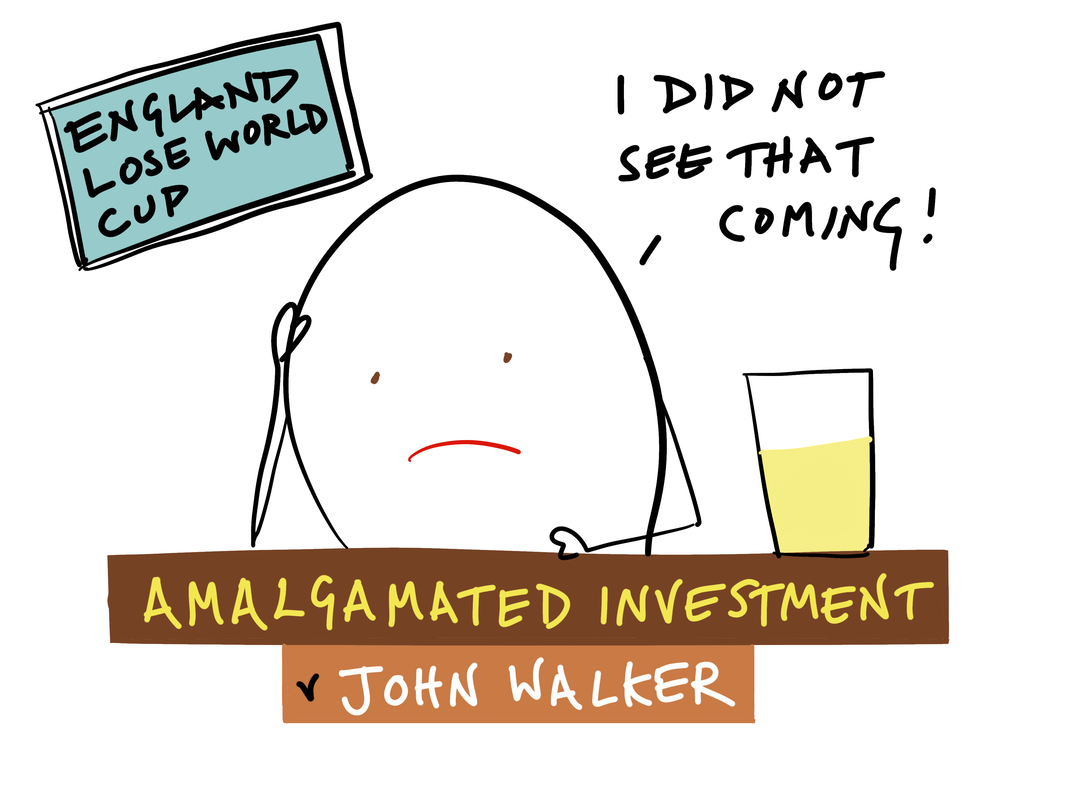 A property was sold for its redevelopment potential. Two days after completion of the contract the property was officially listed as one of architectural or historical interest after which it had no redevelopment value. The court refused to find this event frustrating stating that the fact that the building might be listed should have been foreseeable given that the developers had enquired about the possibility before purchase.

A frustrating event automatically terminates any future contractual obligations. What happens to contractual duties that have already been performed is governed by the Law Reform (Frustrated Contracts) Act 1943.

If, for example, one party has already paid for something, e.g. hire of a room, and the contract is then frustrated the courts can reward them repayment. This can be full repayment or a sum that seems just in the circumstances, but never more than the amount paid.