If the debtor wants to vary their obligation to pay they must provide some form of good consideration. The authority for this principle is found in Pinnel’s Case (1602) (Court of Common Pleas) and has subsequently been confirmed by the House of Lords in the case of Foakes v Beer (1884) (HoL). 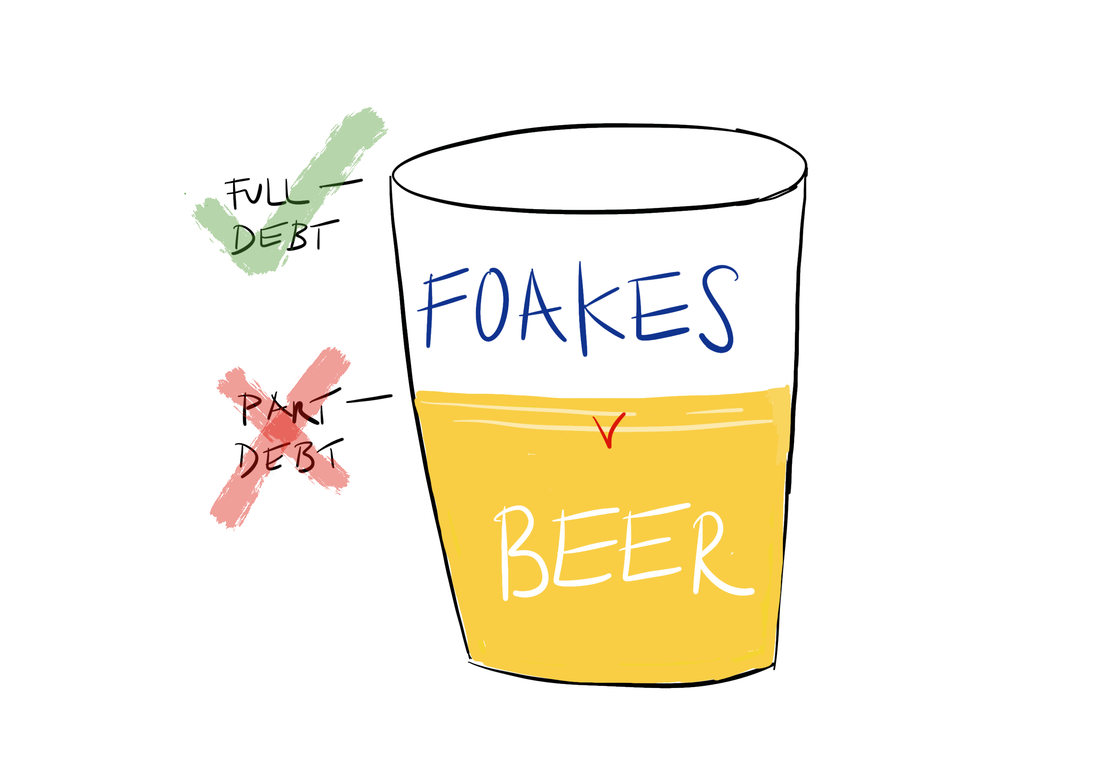 Dr Foakes owed Mrs Beer money. He was unable to pay all of it at once so he offered to pay her in instalments. She agreed and promised not to enforce the debt against him if he kept up with the payments. When he had repaid his debt she sued him for payment of the interest. The court found that Mrs Beer’s promise not to sue had not been supported by any fresh consideration from Dr Foakes and therefore he owed her the interest.

The decision in Foakes v Beer (1884) has been heavily criticised and was even unpopular with the judges who made it (one of them even wrote a dissenting speech which he decided not to give). However, they felt bound by Pinnel’s Case with no way to distinguish the facts of Foakes v Beer and since then its precedent as a House of Lords decision has meant that it has remained good law.

The implications of the landmark judgment in Williams v Roffey (1990) (CoA) on the decision in Foakes v Beer (1884) (HoL) were explored in Re Selectmove (1995) (CoA). Selectmove owed taxes to the Inland Revenue and their offer of paying in instalments had been accepted. However, the Inland Revenue changed their mind and sued for the full payment. Despite recognition that the creditor would gain a benefit (full payment over time rather than only part payment) a promise to accept a varied payment was not considered sufficient consideration. Peter Gibson LJ argued that he was bound by precedent; there was no way to distinguish Re Selectmove from Foakes v Beer (a House of Lords case) and the judges in Williams v Roffey (a Court of Appeal case) had never mentioned how their decision would affect a promise to pay less. If the court held that the promise was sufficient consideration then the decision in Foakes v Beer would be ‘without any application’. Therefore the Williams v Roffey principle does not apply to promises to pay less or alter payment, only promises to pay more.

A common law exception to this rule is if the debtor can show that, although they only part-paid their debt, they gave something else to make up the difference (Pinnel’s Case (1602) (Court of Common Pleas)). 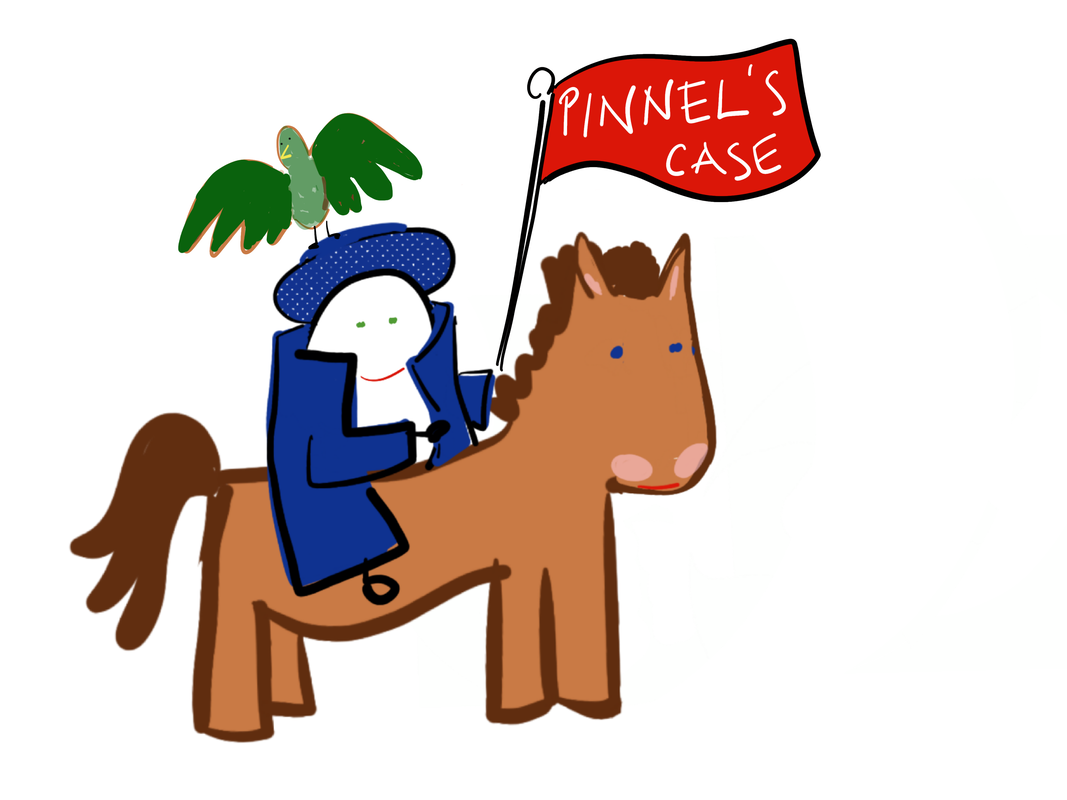 ‘the gift of a horse, hawk, or robe, etc. in satisfaction is good. For it shall be intended that a horse, hawk or robe might be more beneficial to the plaintiff than the money’, Lord Coke, Pinnel’s Case (1602)

In Vanbergen v St Edmund Properties (1933) (CoA) the fact that the debtor paid at a different location was sufficient consideration for a promise to pay less. The creditor requested that the payment be made at his solicitor’s office.

Promissory estoppel is an equitable principle that stops one party from going back on a promise (such as promising to accept part payment) if it would be inequitable to do so. As an equitable remedy it is governed by the rules of equity. 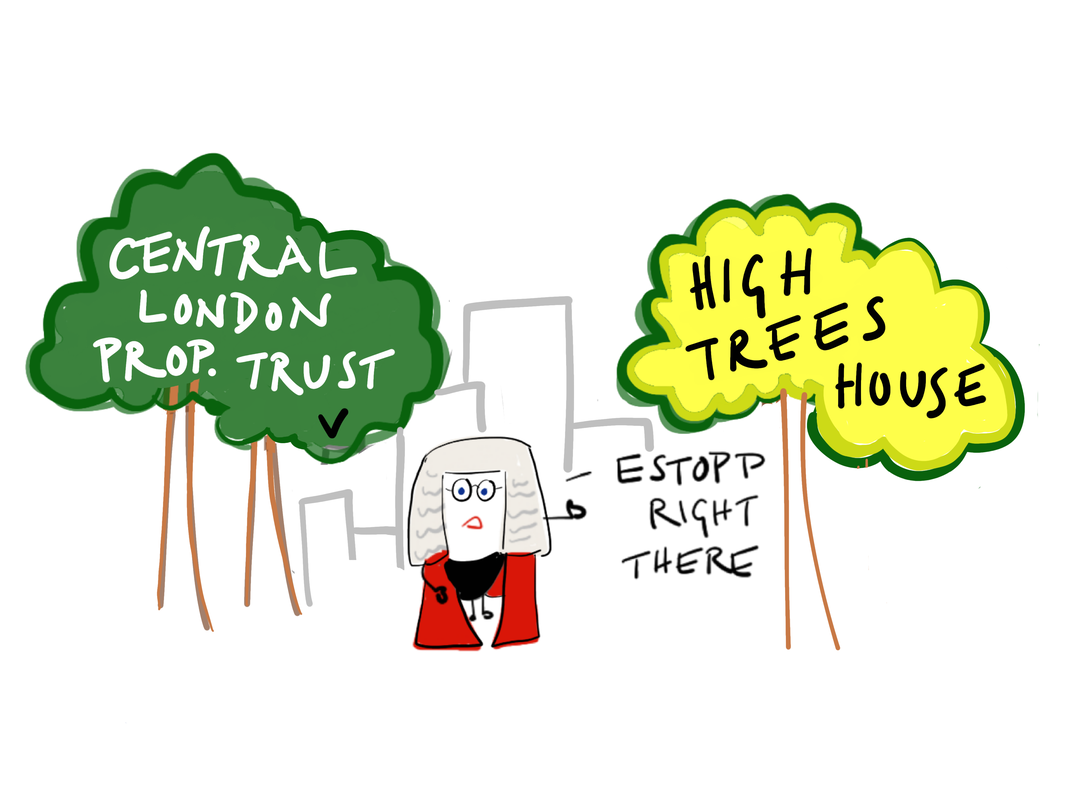 High Trees had taken out a lease on a block of flats from Central London Properties. The outbreak of war meant that High Trees struggled to fill the flats so Central London agreed to reduce the rent. When the war ended High Trees was able to rent out more flats so Central London requested a return to full rent and took High Trees to court to recover the full rent from the end of the war onwards. Denning J ruled that as the reason for offering the lower rent (the war) had ended High Trees owed Central London full rent for the period since the end of the war. However, in obiter comments he said that had they asked for the full balance during the war years they would have been estopped from doing so because to go back on that promise would have been inequitable.

There are four rules of promissory estoppel, developed by Lord Denning in subsequent cases. 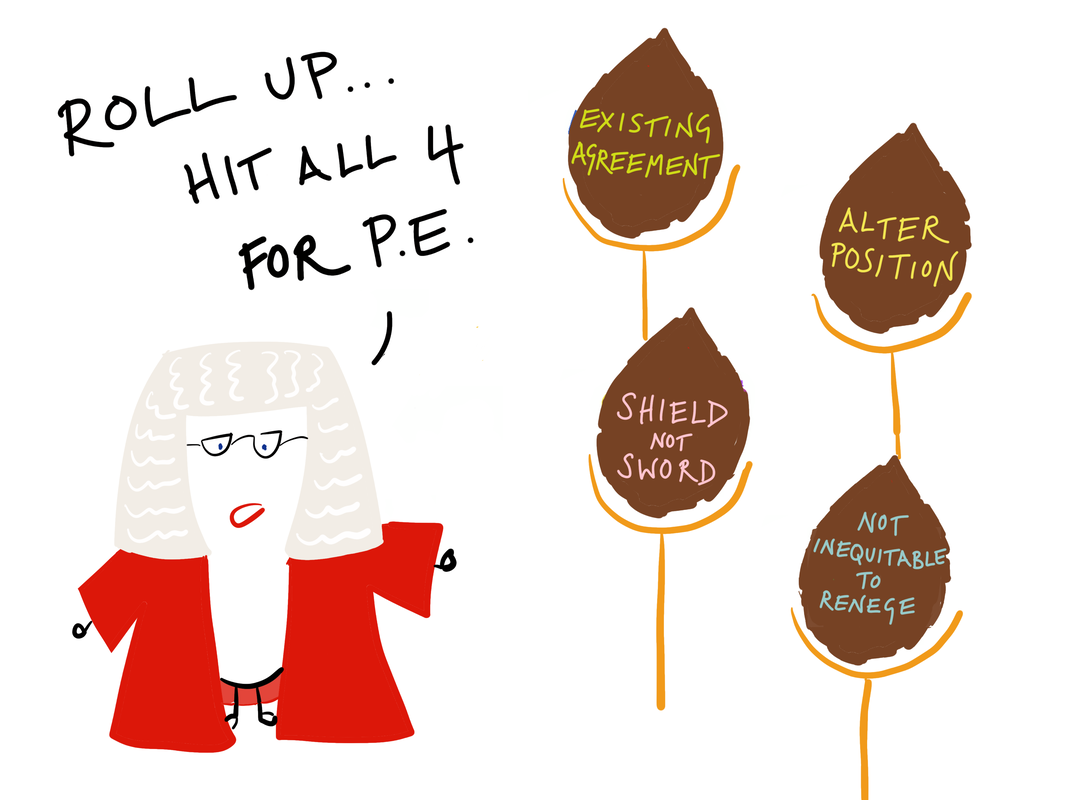 EXISTING AGREEMENT BETWEEN THE PARTIES

There must be an existing agreement which is followed by a clear and unequivocal promise to not enforce existing contractual rights (Woodhouse A.C. Israel Cocoa Ltd v Nigerian Product Marketing Co Ltd (1972) (HoL)). 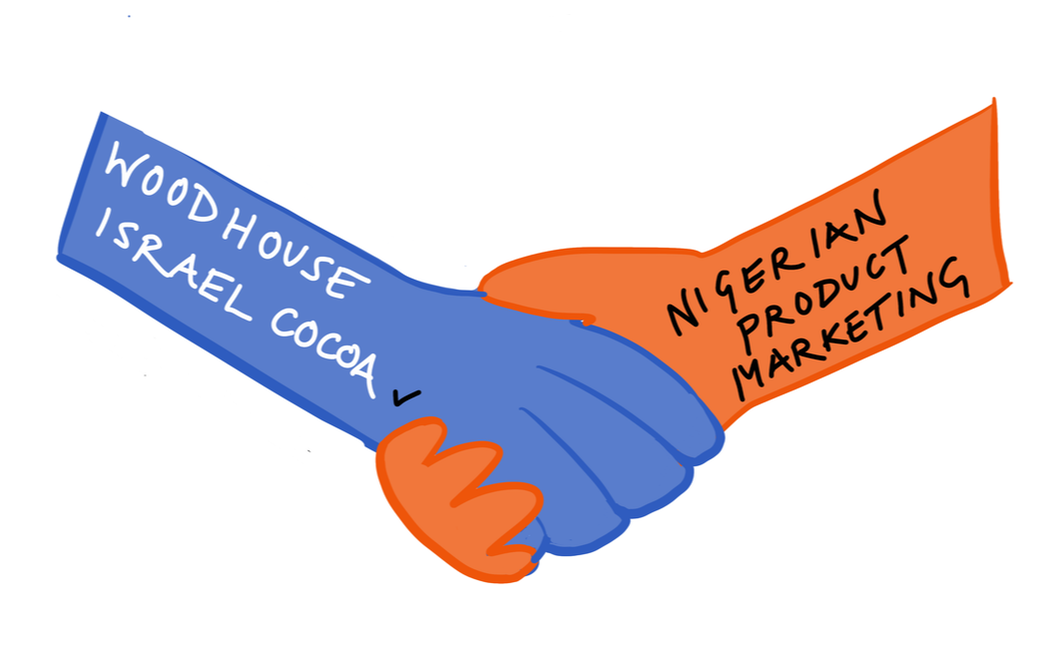 The two companies had for years traded cocoa beans for Nigerian pounds. In a letter Woodhouse asked NPM if they could instead pay in sterling. NPM replied stating that they could. At this point one Nigerian pound was worth one pound sterling. When the exchange rate changed a dispute arose between the two parties as to what NPM’s response actually meant. NPM argued that it meant Woodhouse could pay the equivalent amount in sterling. Woodhouse argued that it meant they could pay one pound sterling for every Nigerian pound owed. The court held that the letter was too imprecise to be the basis for promissory estoppel.

The promisee must alter their position in reliance on the promise (Ajayi v Briscoe (Nigeria) Ltd (1964) (PC Nigeria)). 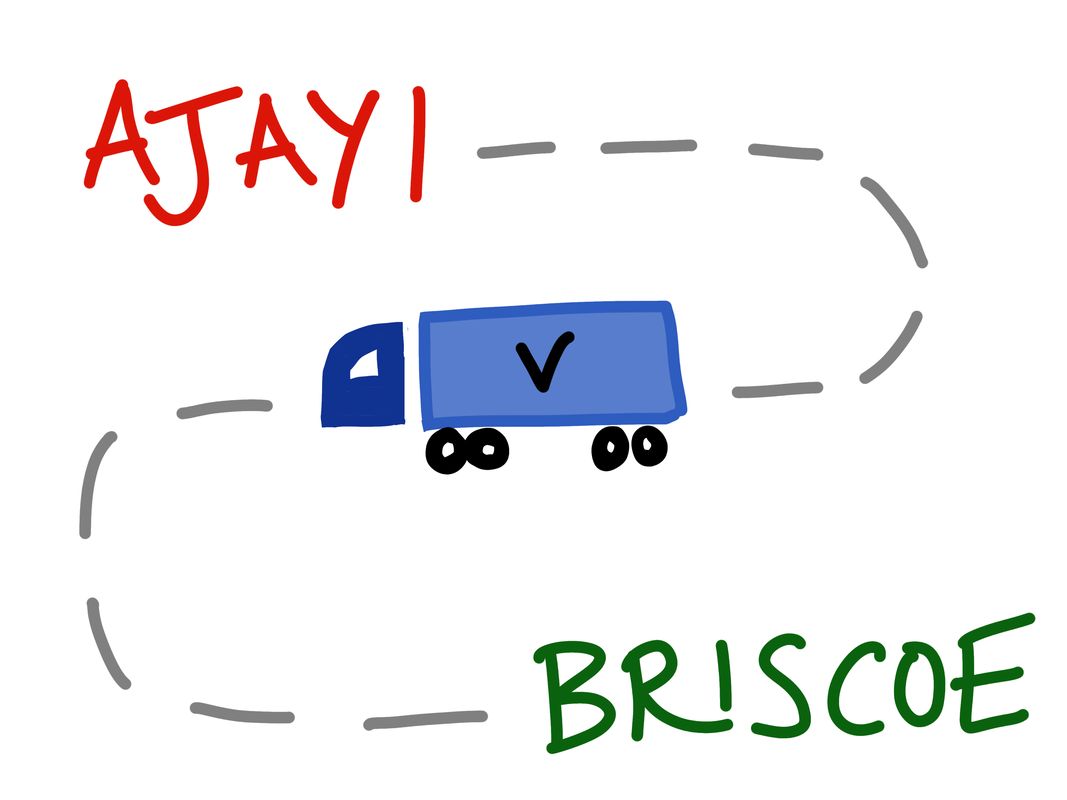 Ajayi sold lorries on hire purchase to Briscoe but the lorries needed servicing. Ajayi agreed that Briscoe could withhold payments whilst they were being serviced. When the lorries were ready Ajayi demanded payment. Briscoe argued that they had not been given notice that the lorries were ready and tried to use promissory estoppel as a defence. However, the court held that as Briscoe had not altered their position in reliance on the promise from Ajayi promissory estoppel could not be used.

It is not necessary for the alteration to have been detrimental to the promisee (W J Alan Co v El Nasr (1972) (CoA)). In this case the buyers of Kenyan coffee beans, El Nasr, were able to use the defence of promissory estoppel even though they had benefited from the alteration (buying in pound sterling rather than Kenyan shilling). As Lord Denning said, the promisee simply “must have been led to act differently from what he otherwise would have done”, it is not necessary for that change to have been detrimental.

The doctrine must only be used as a defence and not a cause of action – ‘promissory estoppel is a shield not a sword’ (Coombe v Coombe (1951) (CoA)). 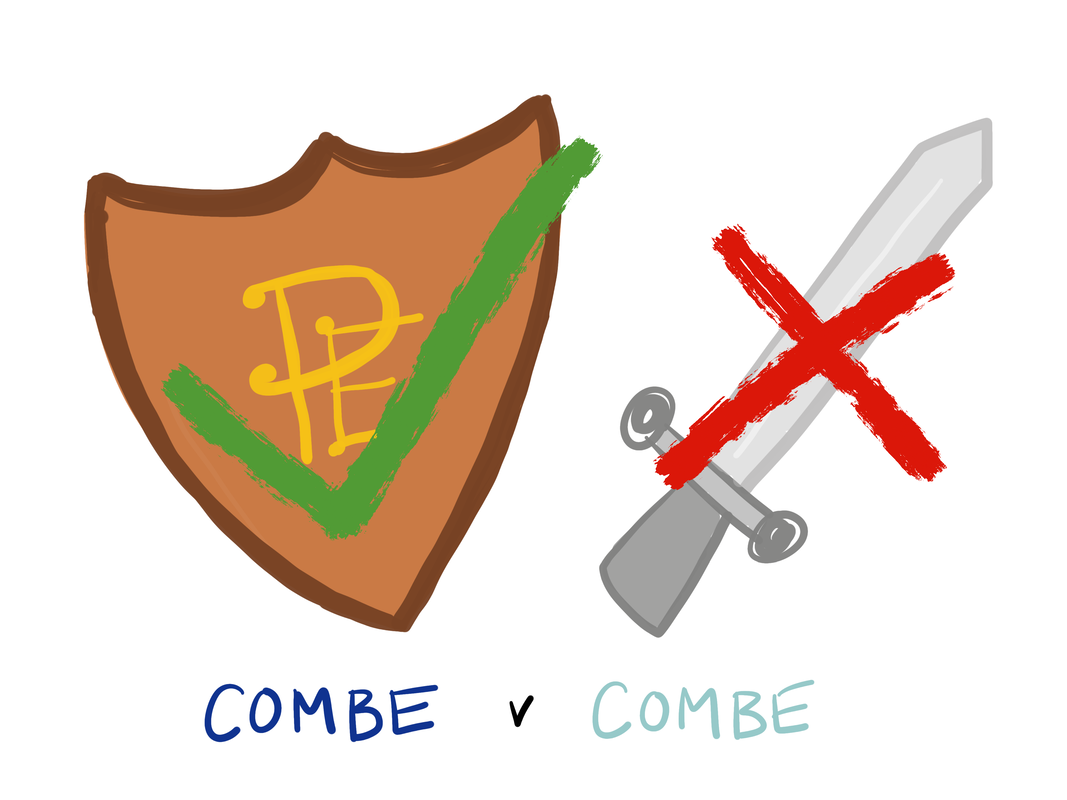 ‘The principle does not create new causes of action where none existed before. It only prevents a party from insisting upon his strict legal rights when it would be unjust to allow him to enforce them.’
Denning LJ, Combe v Combe (1951)

NOT INEQUITABLE TO RENEGE 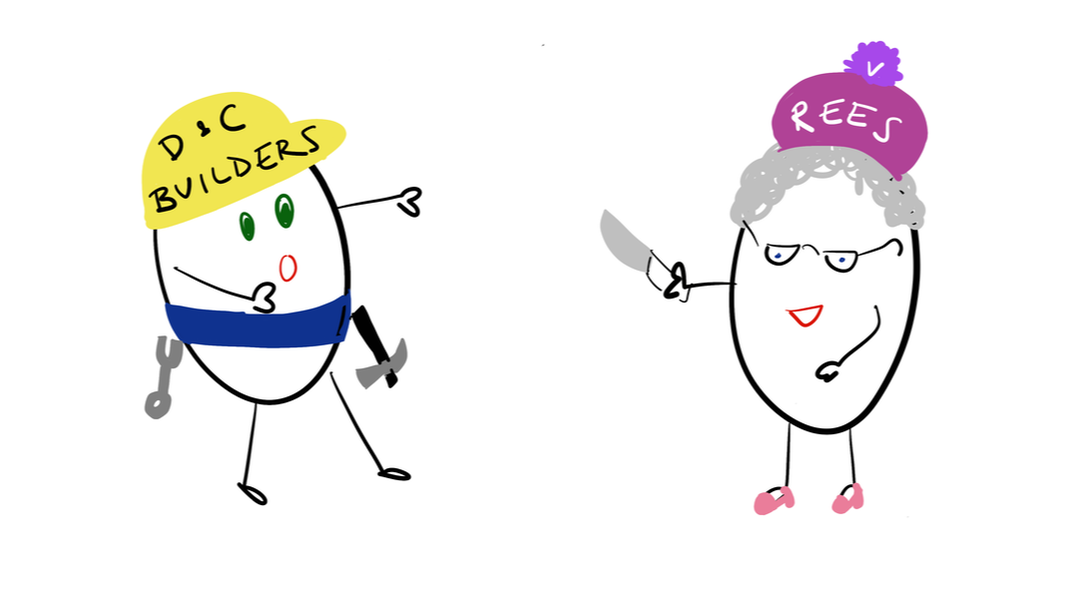 D&C Builders had completed some construction work for Mr and Mrs Rees. They owed the builders £400 but refused to pay. Knowing that the builders were in financial difficulties Mrs Rees offered to pay them £300 to settle the bill which the builders unwillingly agreed to, left with no other choice. When D&C took Rees to court for the money owed the couple tried to use promissory estoppel as a defence. It failed because even though D&C had promised to accept less they had not done so willingly and freely, Mrs Rees had taken advantage of their financial position. Therefore, it was not inequitable for D&C to renege on their promise and Mrs Rees could not rely on promissory estoppel.

For suspended contractual rights to be reestablished reasonable notice must be given to the other party (Tool Metal Manufacturing Co v Tungsten Electric Co (1955) (HoL)). 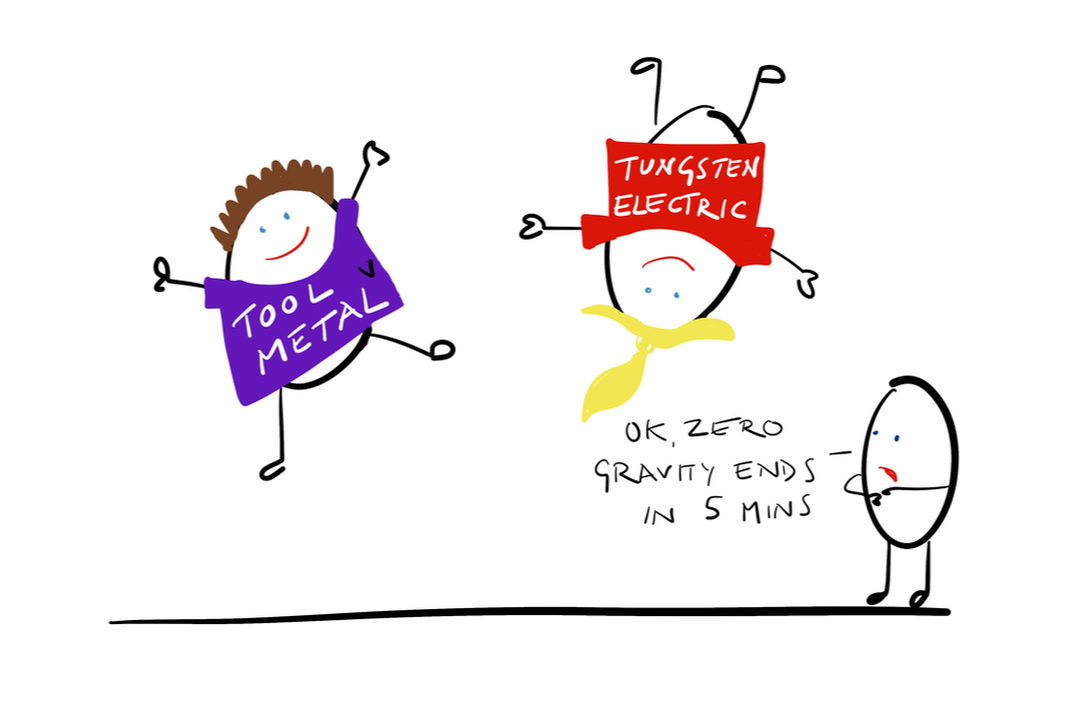