‘A breach of contract is committed when a party without lawful excuse fails or refuses to perform what is due from him under the contract, or performs defectively or incapacitates himself from performing’, Treitel

Whether a breach has occurred and what remedies are available will depend upon the type of term that has been infringed. Contractual terms are categorised as conditions, warranties or innominate terms (see the page on Conditions or Warranties for more information).

Only the breach of a condition, or innominate term with serious consequences, will give rise to a repudiatory breach and the right of election. This is the right of the innocent party to decide whether to terminate or affirm the contract. In both cases the party still has the right to sue for damages. 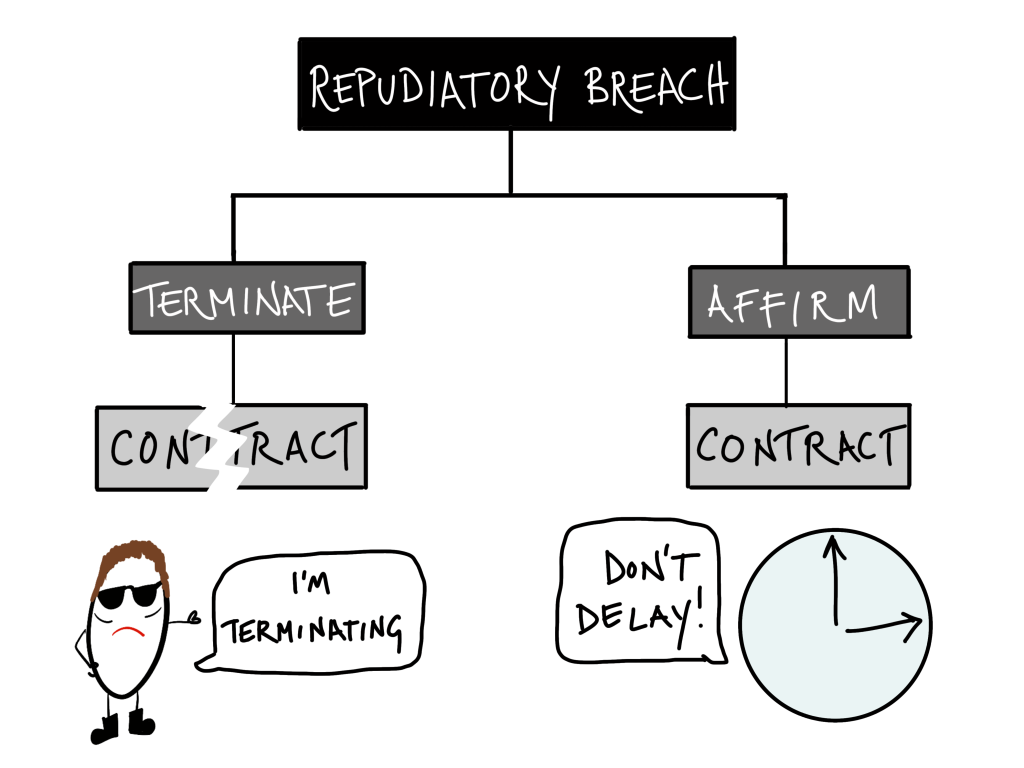 Breach can happen after the contract has been agreed but before actual performance of the contract has begun. This is known as anticipatory breach and usually occurs when one party informs the other that they will not be able to fulfil their part of the obligation.

Where this occurs, the innocent party can start proceedings for breach of contract at any time from the declaration of anticipatory breach, they are not obliged to wait for the actual breach to occur (Hochster v De la Tour (1853) (HC)). 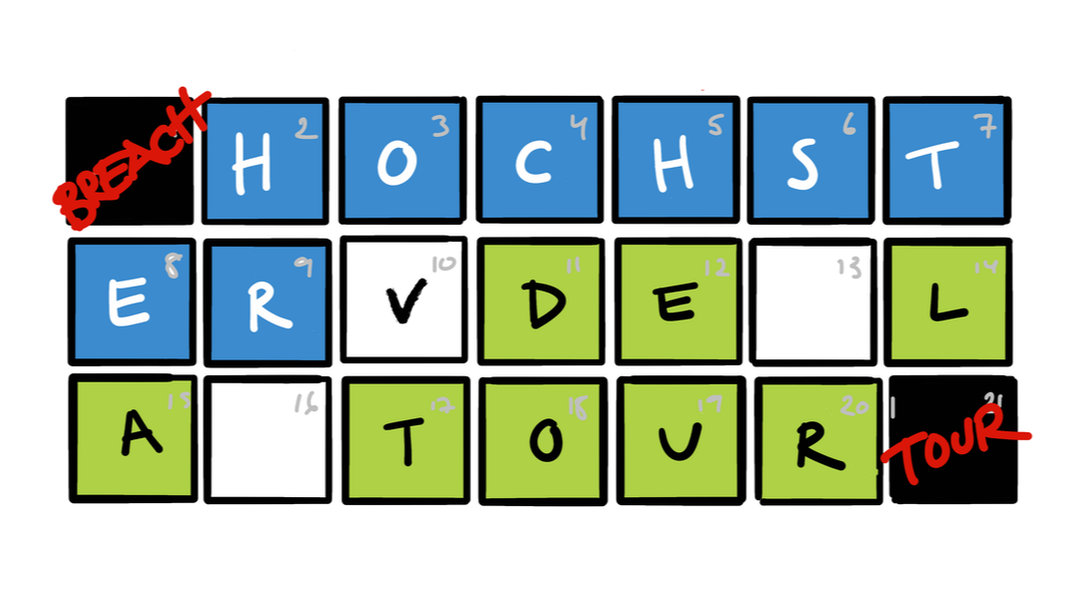 De la Tour engaged Hochster in April to act as his courier on a European trip which was due to start on 1st June. However, on May 11th De la Tour wrote to Hochster to terminate the contract. Hochster started proceedings for breach of contract on 22nd May but De la Tour argued that no action could be taken until 1st June when performance was due to take place. The court held that Hochster was entitled to bring an action against De la Tour as soon as the anticipatory breach occurred i.e. on 11th May when he wrote terminating the agreement.

An anticipatory breach can be implied, rather than expressly stated, if the actions of one party make subsequent performance of their contractual undertaking impossible. See Omnium D’Enterprises v Sutherland (1919) (CoA) in which the sale of the ship that the claimants were going to hire from the defendants equaled an implied anticipatory breach. Also see Frost v Knight (1872) (Court of Exchequer).