There are a number of other remedies, apart from damages, available in a breach of contract claim. These are equitable remedies, awarded at the discretion of the court and subject to the laws of equity so will only be awarded when it is fair and equitable to do so. They are not subject to the rules of remoteness and mitigation.

In general these remedies will be awarded when damages would be inadequate.

Specific performance forces a party to perform their existing contractual obligations. It will only be granted if damages would not provide an adequate remedy. This can be for several reasons…

If the subject of the contract is so unique that the claimant would not be able to buy a substitute with damages.

Even if the subject of the contract is not in itself unique the circumstances of the case may make it difficult for the innocent party to acquire a substitute (Sky Petroleum v VIP Petroleum (1974) (HC)). 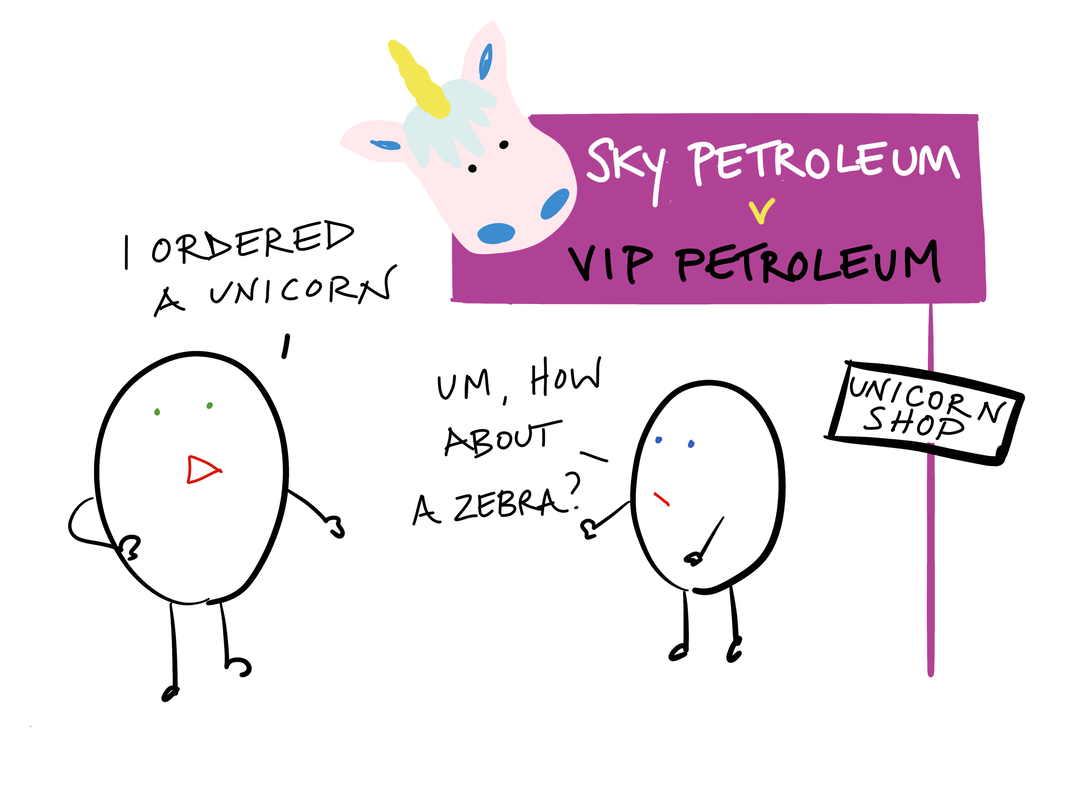 Sky had contracted with VIP to buy petrol and diesel. VIP tried to terminate the contract during a worldwide petroleum shortage so even though the products were not in themselves unique Sky would have struggled to find alternatives at an equivalent price, if at all, so specific performance was ordered.

If damages would not reflect true compensation, such as if damages were only nominal (Beswick v Beswick (1968) (HoL)). 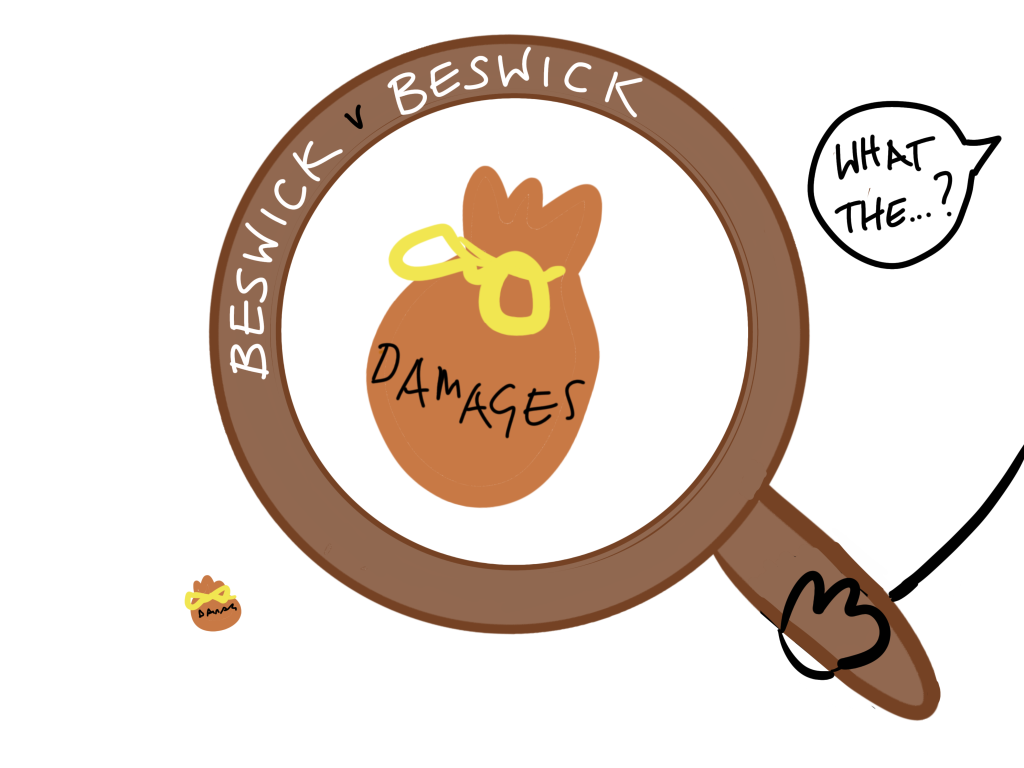 Mr Beswick had intended that upon his death his heir (a nephew) would pay Mrs Beswick an annual stipend. The nephew failed to do so but Mrs Beswick could not sue him as she was a third party. The estate, of which she was an executrix, could sue but would only be awarded nominal damages. The court felt that this would not be an adequate remedy for Mrs Beswick so they awarded specific performance, obliging the nephew to continue payments to Mrs Beswick.

There are circumstances in which the courts will not award specific performance. 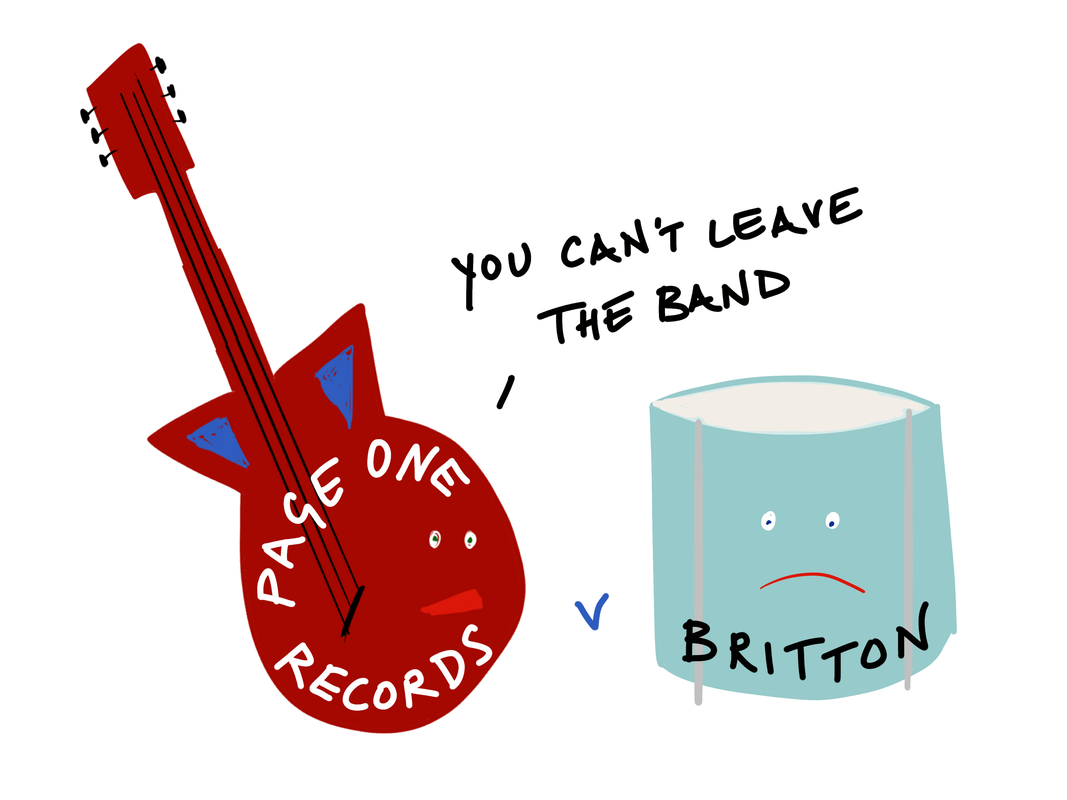 The pop group, The Troggs, hired Page One Records as their sole agent and manager for a fixed term of five years. Under the agreement The Troggs could not act for themselves and were prohibited from appointing anyone else as their manager.  The Troggs fell out with their manager and wanted to replace him. The manager sought an injunction to force the Troggs to continue with the contract but the court felt that this would be akin to specific performance of a personal service and refused to award one.

UNDULY OPPRESSIVE OR DIFFICULT TO ENFORCE 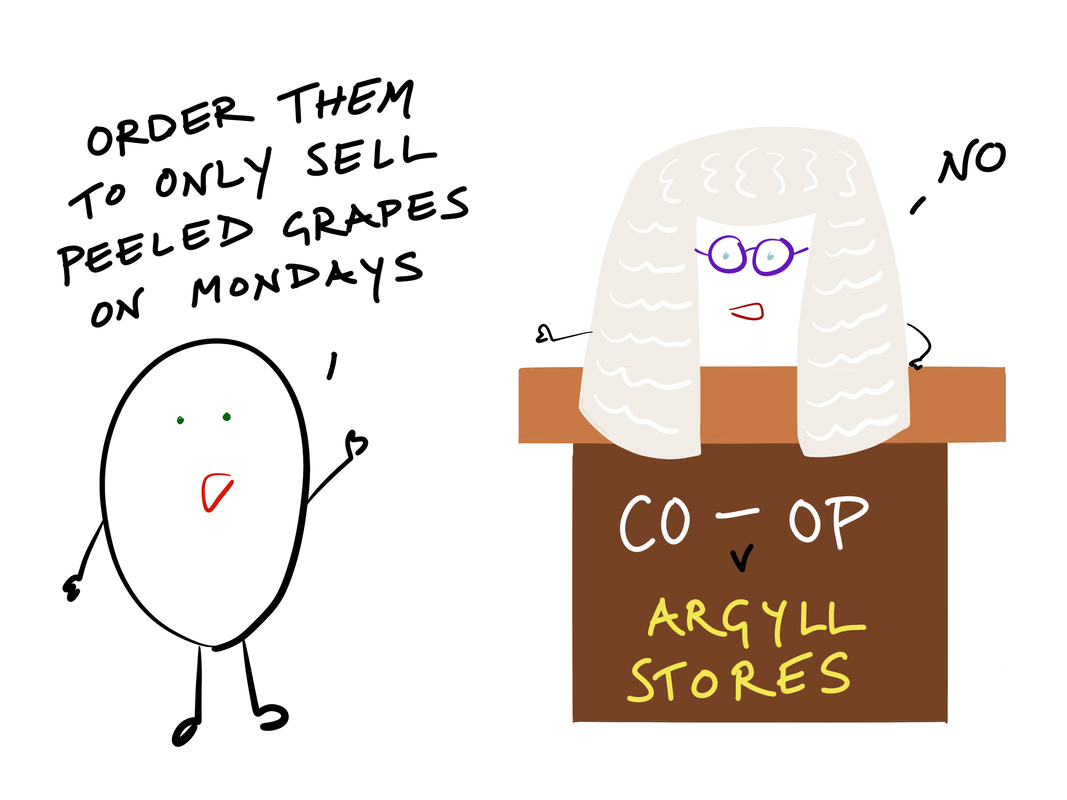 In Co-operative Insurance Society Ltd v Argyll Stores (Holdings) Ltd (1998) (HoL) the Co-op leased one of its units in a shopping centre to Argyll for 35 years with a covenant to ‘keep open the demised premises for retail trade’. In 1997 Argyll closed the store because it was losing money and the Co-op sought specific performance to keep the shop open. The House of Lords refused the application because it did not want to force a company to keep open a loss making business and it would have been very difficult to enforce the order (the lease was set to run for another 17 years). Also, Argyll may have ended up losing more money if they had been forced to keep the shop open than they would have had to pay in damages, which would have been akin to a punitive measure.

This type of injunction prevents or restricts the defendant from committing a future breach of a negative contractual stipulation, e.g. that they cannot work for another company (Lumley v Wagner (1852) (HC)). 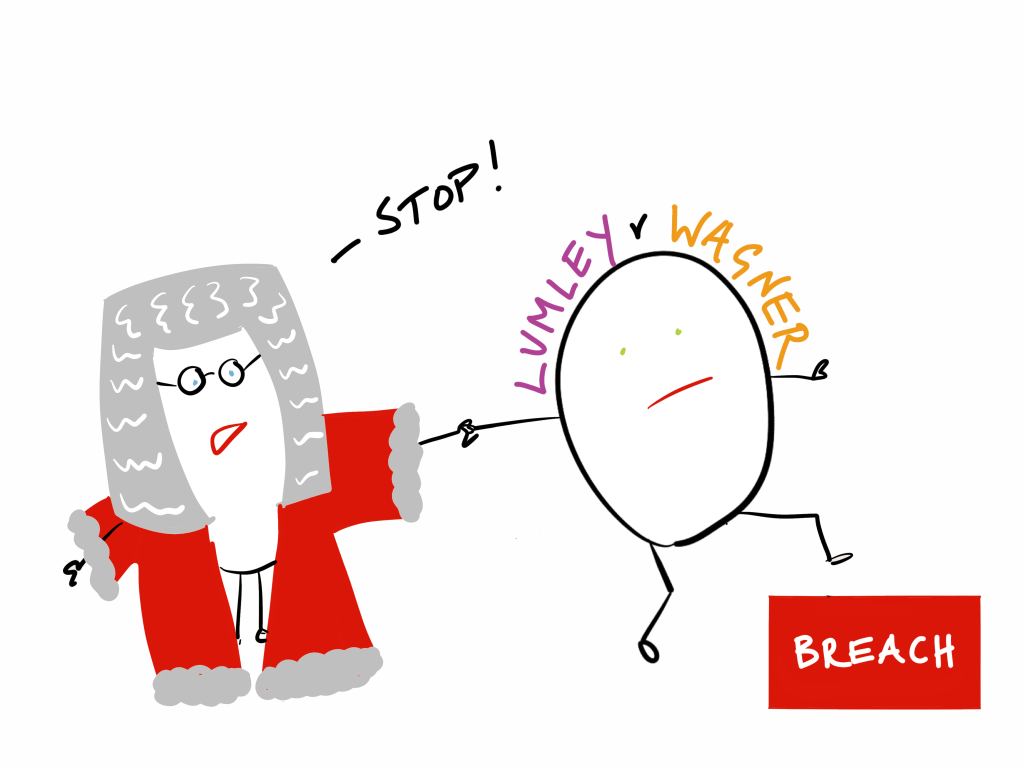 The defendant was an opera singer who was contracted to perform in Lumley’s theatre for three months. The contract contained an express provision which prevented Wagner from singing in other concerts during that time. When the defendant was offered a higher wage to sing at a competitor’s theatre, the claimant sought an injunction preventing the defendant from doing so.

Although the injunction was akin to indirect specific performance of a personal service (i.e. forcing her to perform for Lumley) it was successfully granted because theoretically she could find employment other than singing.

However, the more recent case of Page One Records v Britton (1968) (HC) (see above for details) presents a more realistic approach to indirect specific performance through injunctions. The injunction was not awarded as the court felt that imposing an injunction on The Troggs to force them to work with Page One Records was akin to indirect specific performance of a personal service even though technically they could have continued without a manager at all or disbanded and found other jobs.

This type of injunction imposes a duty on a party to do something and is used to remedy a breach that has already happened. They are subject to the same stipulations as orders for specific performance (see above). They are subject to the ‘balance of convenience’ test which weighs up how convenient or inconvenient it would be for each party if the injunction was ordered. 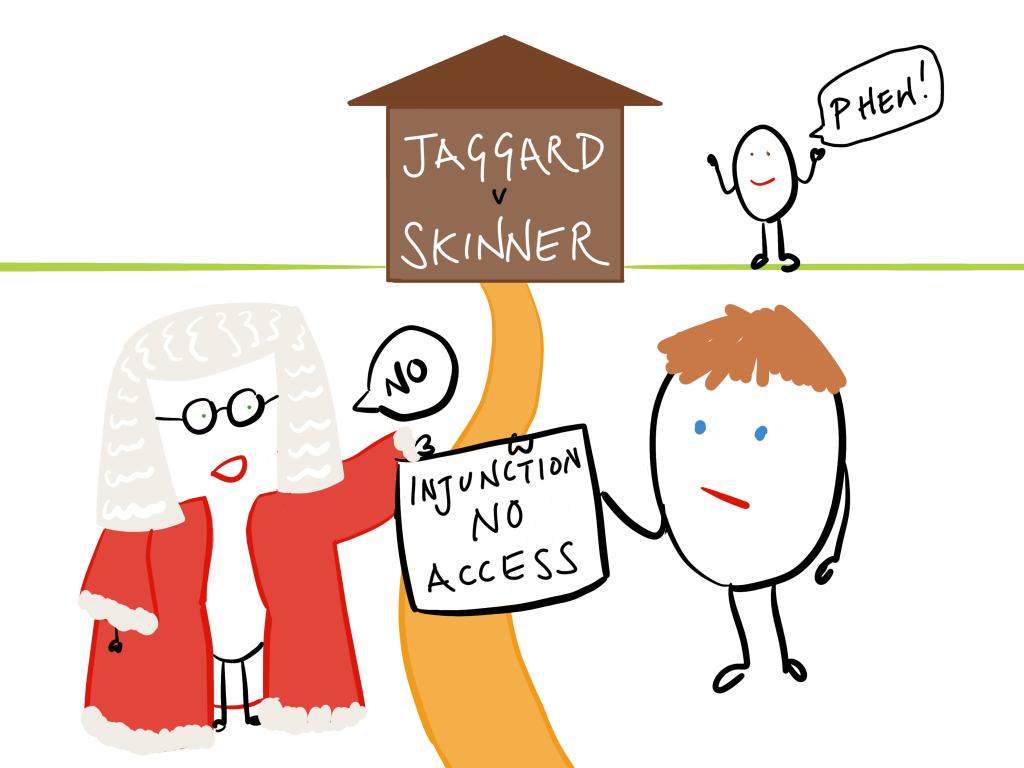 This is an equitable remedy awarded at the discretion of the court whereby the contract is set aside (made void) and the parties are returned to the position that they would have been in had the contract not been entered into.

Rescission is available where a contract is voidable as a result of a vitiating factor such as misrepresentation, undue influence or duress. The party wishing to rescind the contract must communicate this to the other party.

Rescission cannot be awarded if any of the following situations occurs…

The claimant will lose their right to rescind if they affirm the contract (Long v Lloyd (1958) (CoA)). 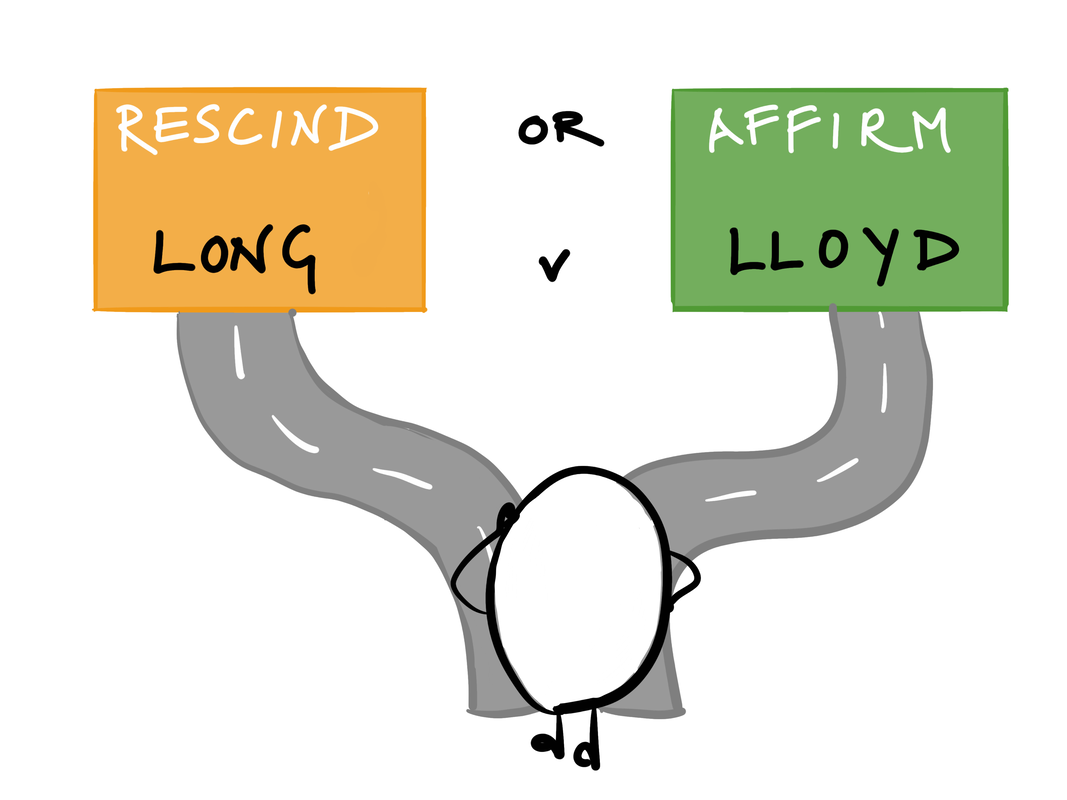 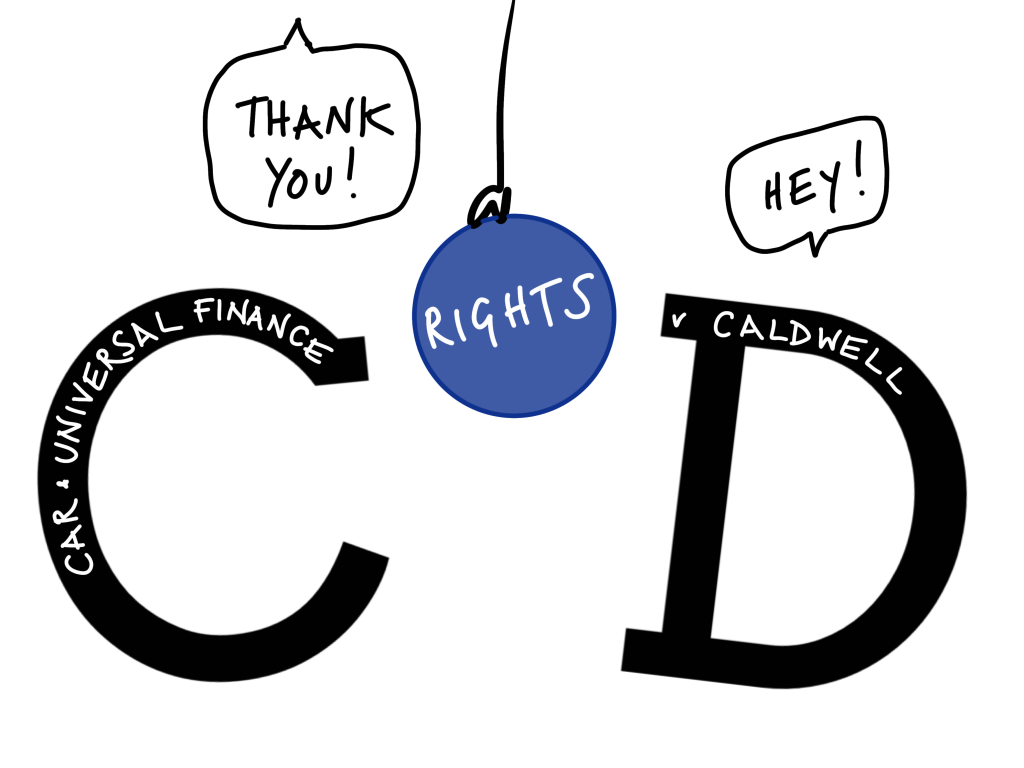 In Car and Universal Finance v Caldwell (1965) (CoA) Caldwell was unable to find the rogue Mr Norris to communicate that he wanted to rescind their contract for the sale of a car on the basis of mistaken identity. However, his actions – contacting the police and the AA – which took place before Norris sold the car on were deemed sufficient to rescind.

As rescission is an equitable remedy an action for rescission must be brought without delay, as delay defeats equity. If a party takes too long to communicate rescission then this may be seen as affirmation of the contract (Leaf v International Galleries (1950) (CoA)). 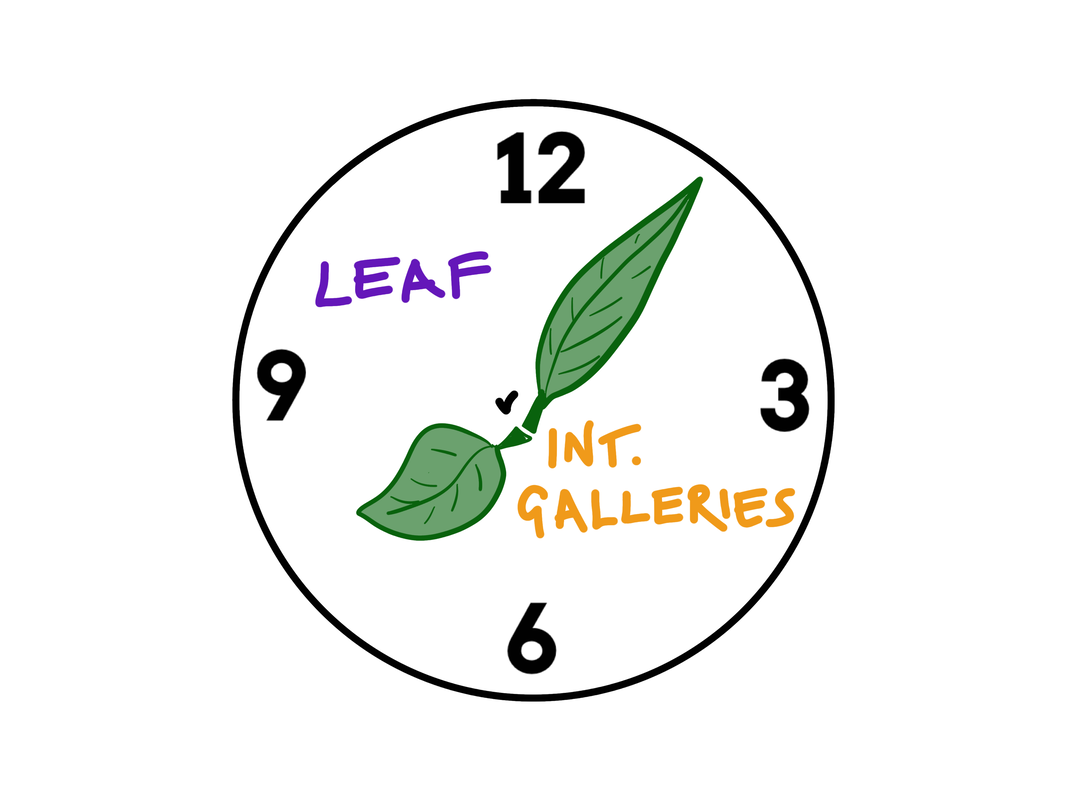 Leaf bought a painting from International Galleries believing it to be by the painter Constable. When he discovered five years later that it was not by the famous artist he tried to rescind the contract for misrepresentation but was barred from doing so because of the lapse of time.

Rescission cannot be granted if it would be impossible to return the parties to their pre-contractual positions (Clarke v Dickson (1858) (HC)). 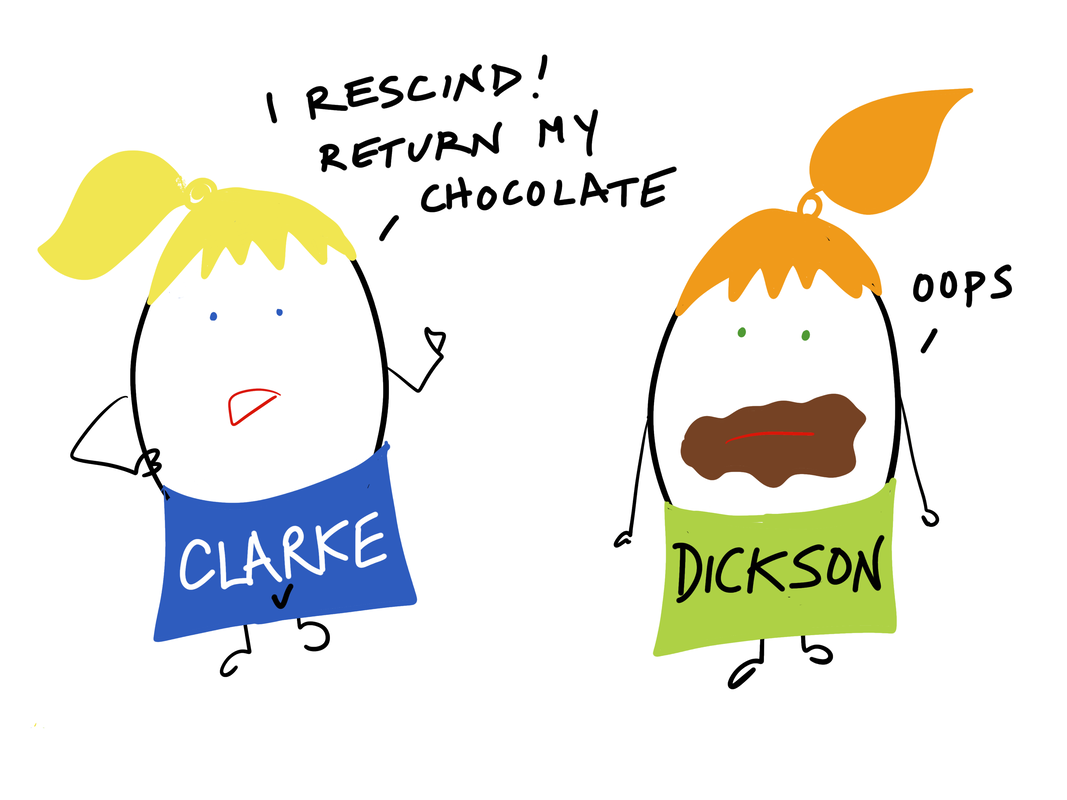 Clarke entered into a contract for shares in a lead and copper mining partnership. The partnership became a limited liability company (without shareholders) and subsequently went into liquidation. Clarke tried to reclaim his money because the statements that had induced him to enter into the contract turned out to be false. However, because the company no longer existed it was impossible for him to return his shares and be returned to the position he had been in before the contract.

The subject of the contract does not have to be completely unchanged in order to be returned to the other party, as long as it is substantially the same (Erlanger v New Sombrero Phosphate Co. (1878) (HoL)). A phosphate mine that had been worked, but not exhausted, was returned along with the profits made from working the mine. This was deemed the equivalent of returning the mine as it had been before the contract. As an equitable remedy it is at the judges’ discretion to do what they think most fair. Also see Salt v Stratstone (2015) (CoA).