Consideration is the term given for the detriment or benefit exchanged by each party in a contract. All contractual promises must be supported by consideration and both the offeror and offeree must offer consideration otherwise the transaction is a gift and not a legally binding contract.

Consideration was defined as ‘some right, interest or benefit accruing to the party or some forbearance, detriment, loss or responsibility, given, suffered or undertaken by the other.’
Lush J, Currie v Misa (1875) (Exchequer Chamber) – read more about this case here.

There are several rules that govern consideration: 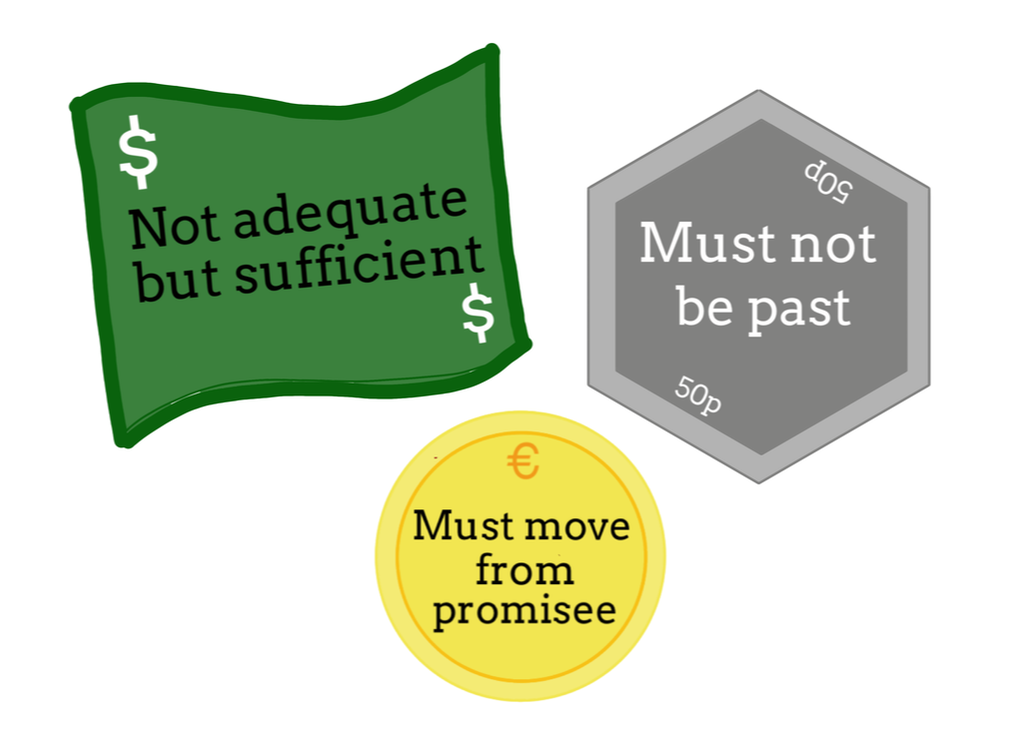 Even empty chocolate bar wrappers can be valid consideration…

‘A contracting party can stipulate for what consideration he chooses. A peppercorn does not cease to be good consideration if it is established that the promisee does not like pepper and will throw away the corn.’ Lord Somervell, Chappell and Co Ltd v Nestlé Co Ltd (1960)

In Chappell and Co Ltd v Nestle Co Ltd (1960) (HoL) Nestlé was offering a free music record to anyone who sent in three chocolate bar wrappers and 1s 6d. Chappell owned the copyright to the music being offered so was legally owed a percentage of the amount Nestlé were charging. Even though they were just thrown away by Nestlé Chappell successfully argued that the wrappers formed part of the amount and therefore Nestlé owed Chappell a proportion of their value.

Also consider Thomas v Thomas (1842) (HC). A widow promised to pay £1 per year and keep a property in good repair in exchange for being able to live there until she died. This was considered adequate consideration.

…BUT MUST BE SUFFICIENT

Consideration must be sufficient, in other words it must have some legal value (White v Bluett (1853) (Exchequer Chamber)). 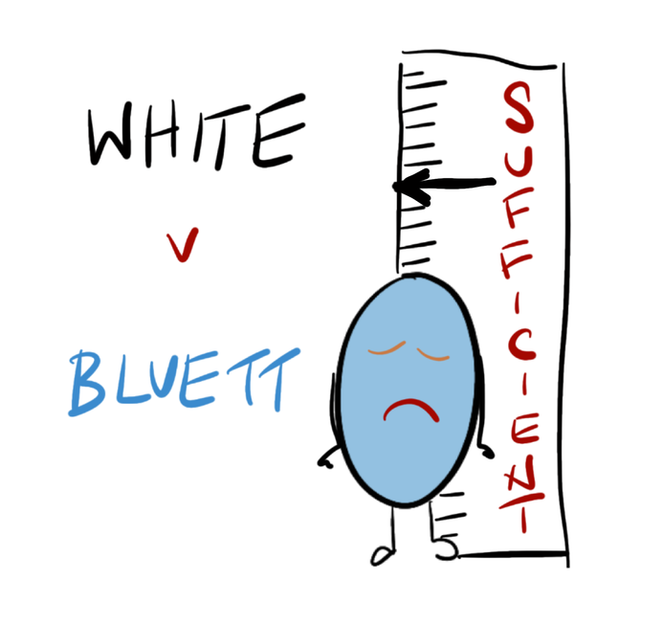 A father offered to forget his son’s debts if the son refrained from complaining about the father’s will. When the father died his executors took the son to court for non-payment of his debts. The court did not believe that the son had provided sufficient consideration to have his debts forgotten; the father was entitled to write anything in his will and the son had no legal right to complain about it, so refraining from doing so was of no legal value.

In comparison in the American case of Hamer v Sidway (1891) an uncle had offered his nephew money if he gave up drinking, smoking, swearing and playing cards. Upon the uncle’s death his widow refused to pay but the court ruled that as the nephew had a legal right to engage in all of these activities refraining from doing them was abandoning a right and this constituted sufficient consideration.

CONSIDERATION MUST NOT BE PAST

Past consideration is not good consideration. Consideration given in the past, i.e. not in reaction to, but before a promise from the other party, will not be valid ((Eastwood v Kenyon (1840) (HC)). 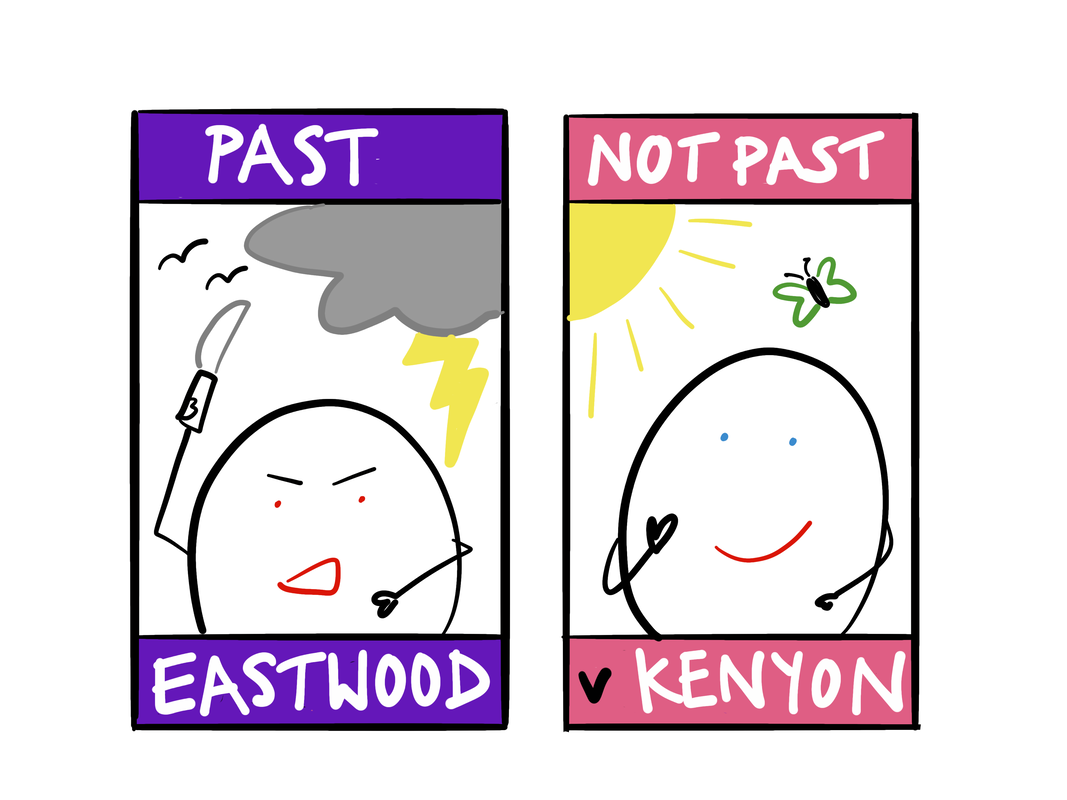 Eastwood borrowed money to fund the education of his ward. When she later married Kenyon he promised to repay Eastwood what he had borrowed to bring up the girl. However, because Eastwood had borrowed the money and brought up the girl before Kenyon made the promise there was no binding contract and Kenyon did not have to pay the money.

You can also use the case of  Roscorla v Thomas (1842) (HC). Roscorla purchased a horse from Thomas. When the deal had been done Thomas assured Roscorla that the horse was sound and free from vice. However, Roscorla was unable to return the horse when this turned out not to be true because he had purchased it before the promise was made by Thomas.

If there was a prior understanding between the parties then consideration in the past will be valid (Lampleigh v Brathwait (1615)). 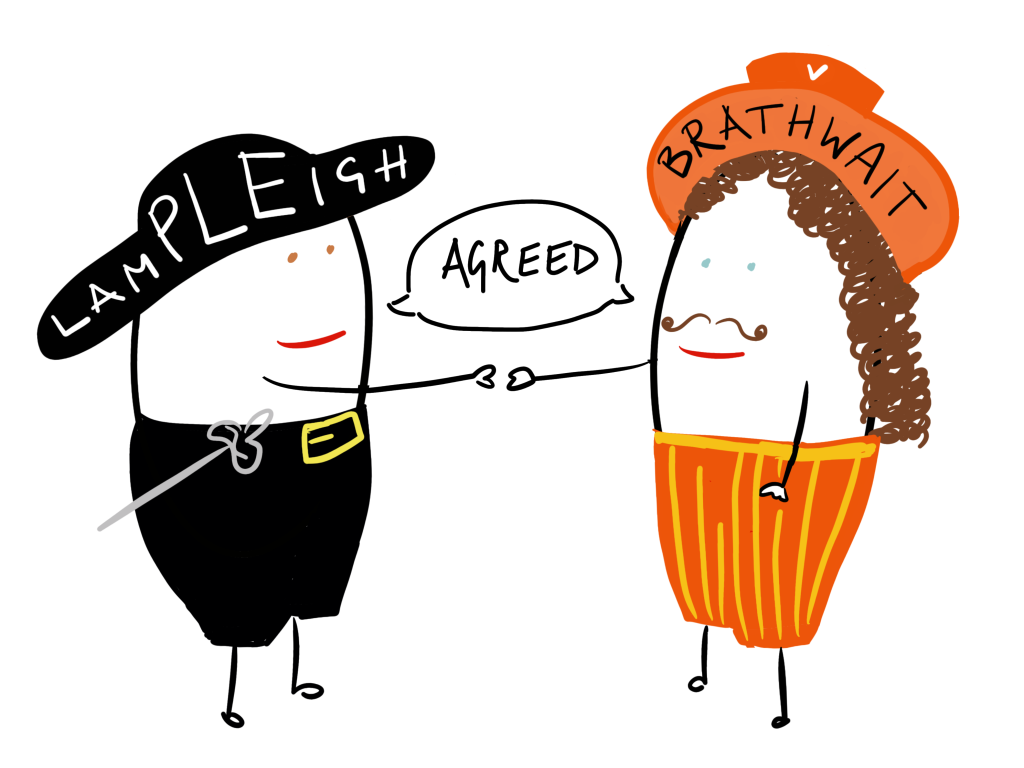 Brathwait was condemned to death. He asked Lampleigh to do everything he could to get a pardon from the King. Lampleigh succeeded but was left out of pocket. When he was released Brathwait offered to give him £100 in thanks but never did. In court Brathwait argued that the consideration for this promise was past and therefore bad. The court held that because Lampleigh had carried out Brathwait’s specific request and there had been a prior understanding between them the past consideration was valid.

This also arises in commercial contexts (Re Casey’s Patents (1892) (HC)). Casey managed patents for a company. Afterwards they promised him one third of the patents for his work but then changed their minds.  They argued that Casey’s consideration was invalid because it was past. The court held that there had been an implied understanding between the parties at the time that Casey would receive something in return for his work and therefore the consideration was good.

This principle was set out in the more modern case of Pao On v Lau Yin Long (1980) (PC). ‘An act done before the giving of a promise to make a payment can sometimes be consideration for the promise. The act must have been done at the promisor’s request, the parties must have understood that the act was to be remunerated either by payment or conferment of some other benefit’, Lord Scarman.

CONSIDERATION MUST MOVE FROM THE PROMISSEE

Consideration must move from the promisee, which means that only the promisee (the person who has promised something) can enforce the contract (Tweddle v Atkinson (1861) (Court of Queen’s Bench)). 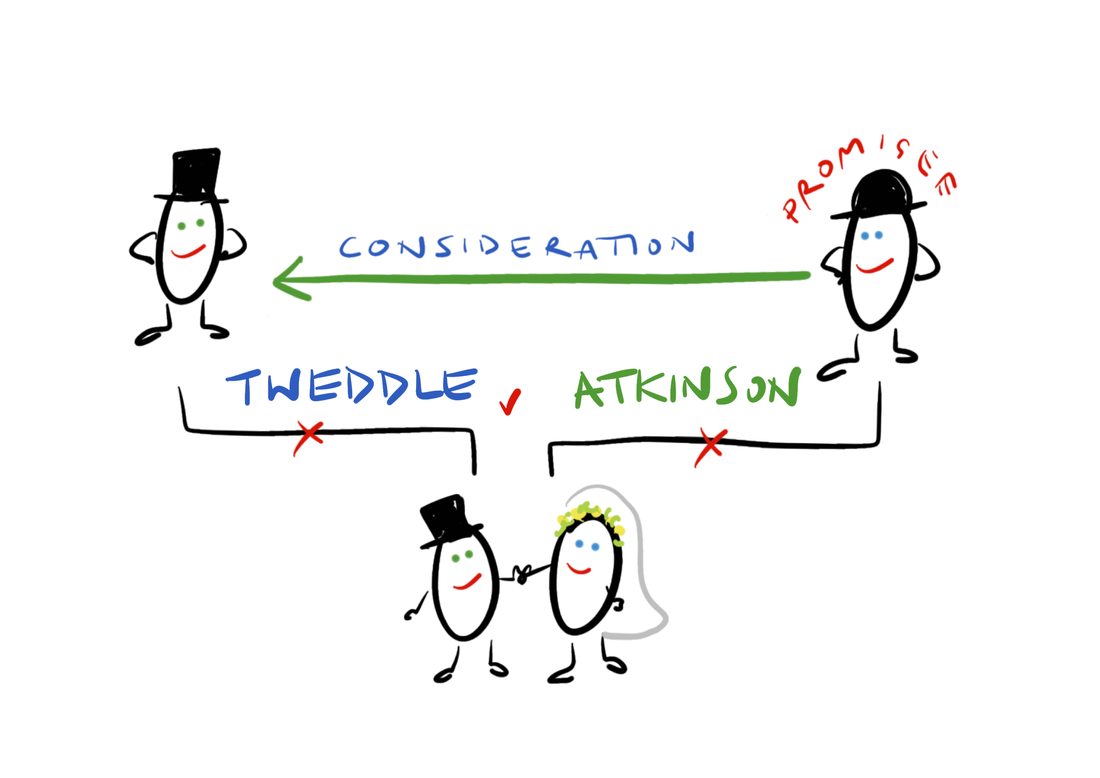 Some exiting duties are bad consideration and some are good… 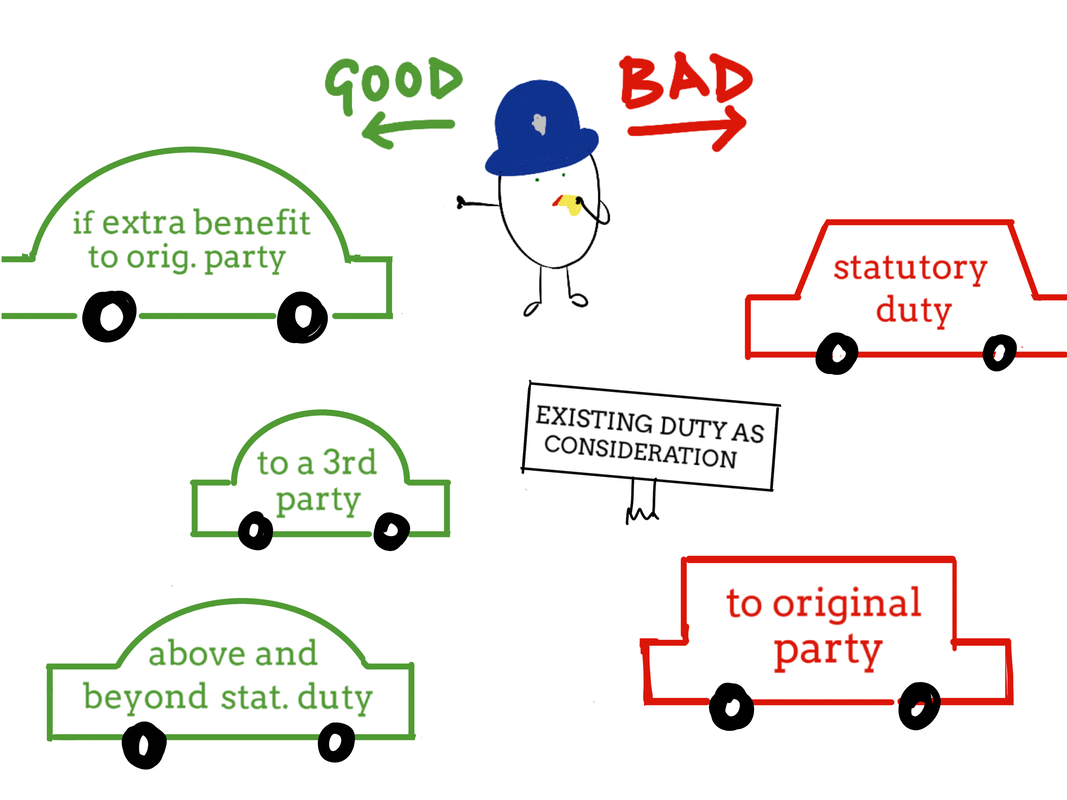 EXISTING DUTY TO THE ORIGINAL PARTY

In general an existing duty to the original party is not good consideration for any further promise. Compare the two cases of Stilk v Myrick (1809) (Assizes) and Hartley v Ponsonby (1857) (HC). 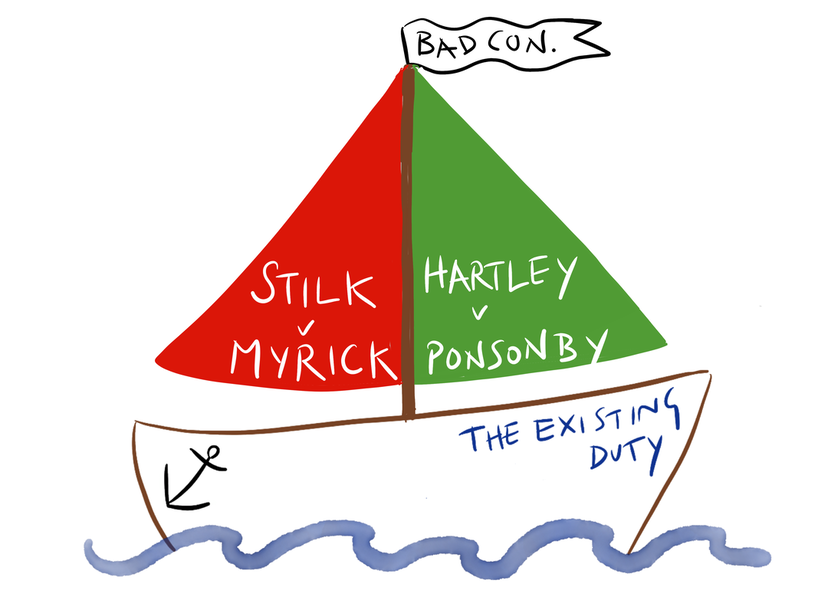 EXCEPTION TO EXISTING DUTY IS NOT GOOD CONSIDERATION

However, more recently the courts have held that an existing duty can be good consideration if the other party gains a practical benefit or obviates a disbenefit from the completion of the existing duty (Williams v Roffey (1991) (CoA)). 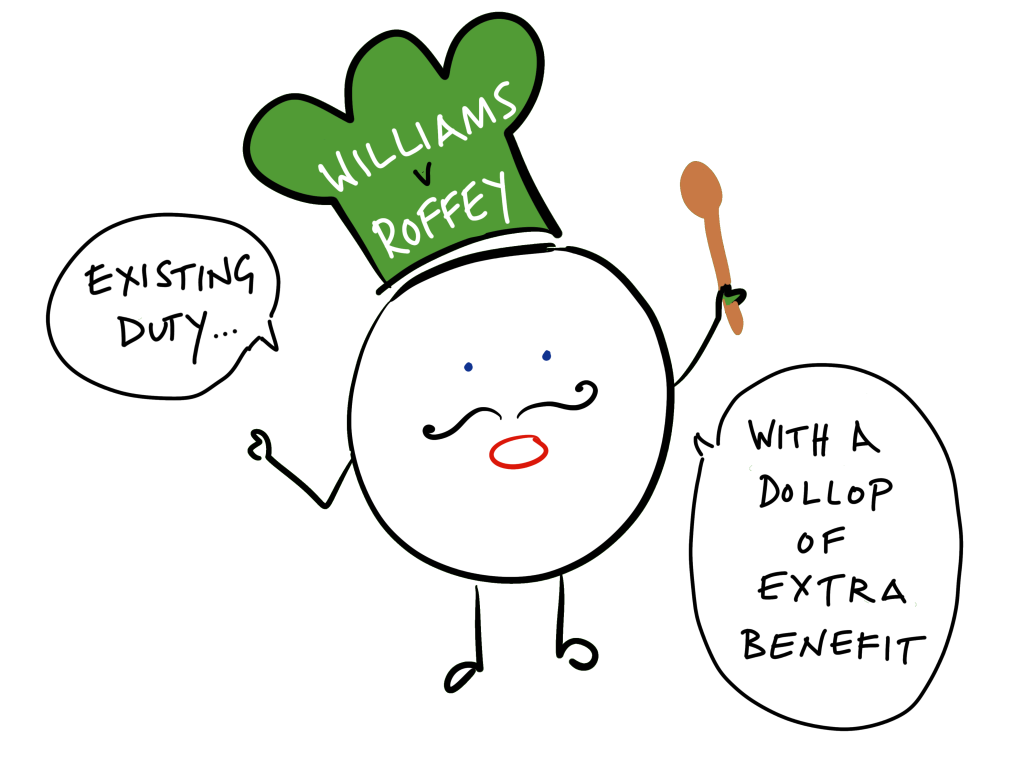 Roffey was employed to make and install windows on a large construction project. He was behind schedule so Williams offered him an extra payment to speed up and finish his existing work obligations on time. When Williams tried not to pay on the grounds that Roffey had provided no extra consideration the court held that a practical advantage had been gained by Williams (not being fined for missing the deadline) so Roffey was entitled to the extra payment.

The principle that flows from this case can be summarised as the following. Performing an existing contractual duty can be good consideration if:-

EXISTING DUTY TO A THIRD PARTY

Performance of an existing contractual duty for one party can be good consideration in a contract with another party. In other words, a party can perform one duty which is valid consideration for two different contracts (Scotson v Pegg (1861) (Court of Exchequer)). 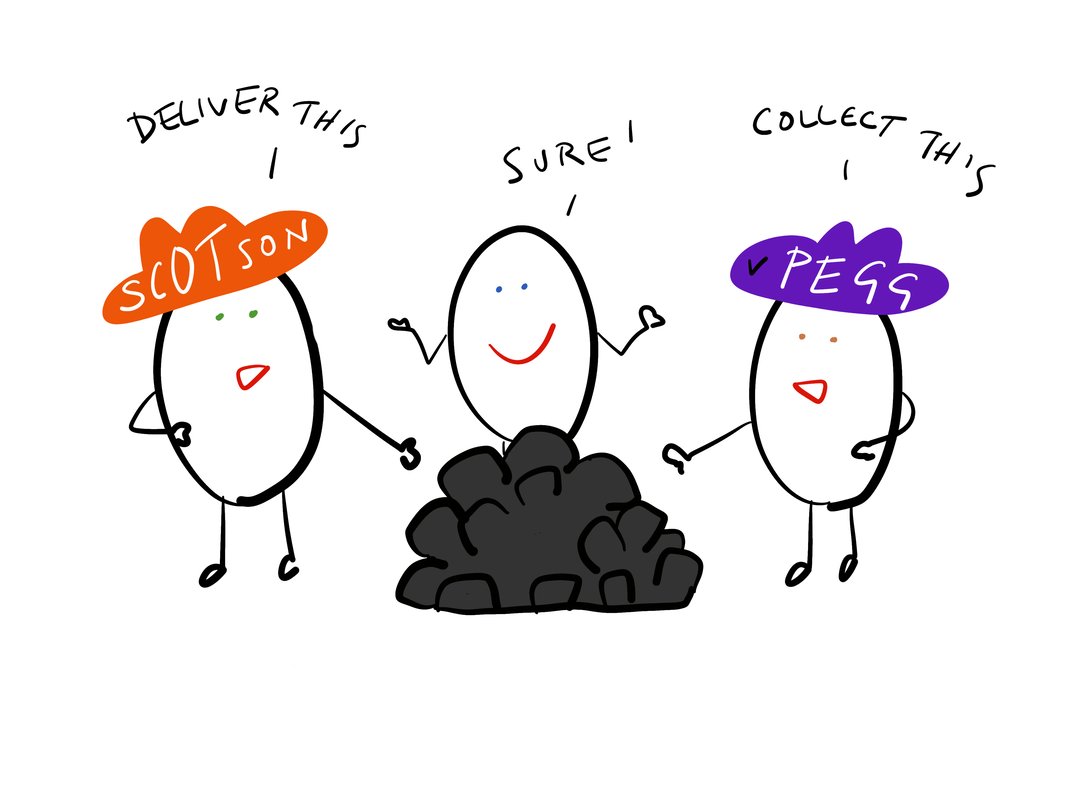 In this case both Scotson and another party had paid Pegg to perform the same duty (to unload and deliver coal from a ship). Scotson argued that Pegg was not providing consideration for two separate contracts and should not be paid twice but the court disagreed.

The principle was explained in New Zealand Shipping Co Ltd v AM Satterthwaite & Co Ltd (The Eurymedon) (1975) (PC of New Zealand); the party performing the one promise for two parties is under double the contractual liability, this is considered sufficient consideration.

In general the performance of an existing statutory duty does not amount to good consideration because the party is under a legal duty to perform regardless of their contractual obligations (Collins v Godefroy (1831) (HC)). 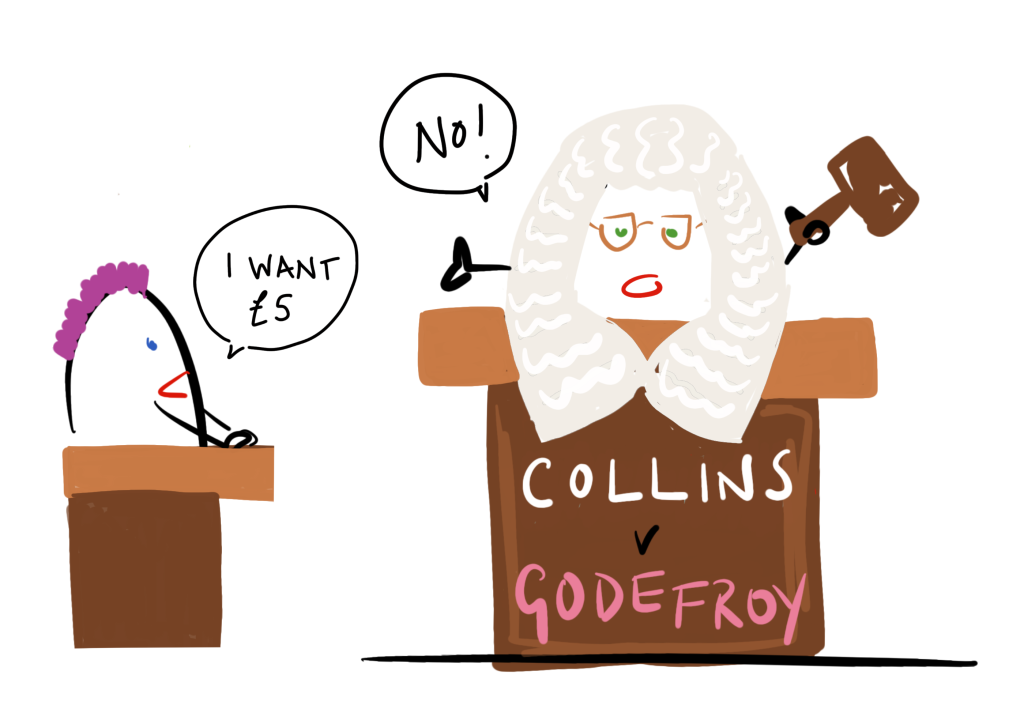 Collins received  a subpoena that required him to be an expert witness in court. Godefroy promised to pay Collins for his attendance but this was not enforceable because Collins had a statutory duty to attend.

A legal duty could also include a duty of care in Tort law or a fiduciary duty in Equity.

Performance of duties above and beyond a statutory duty can be good consideration (Ward v Byham (1956) (CoA)). 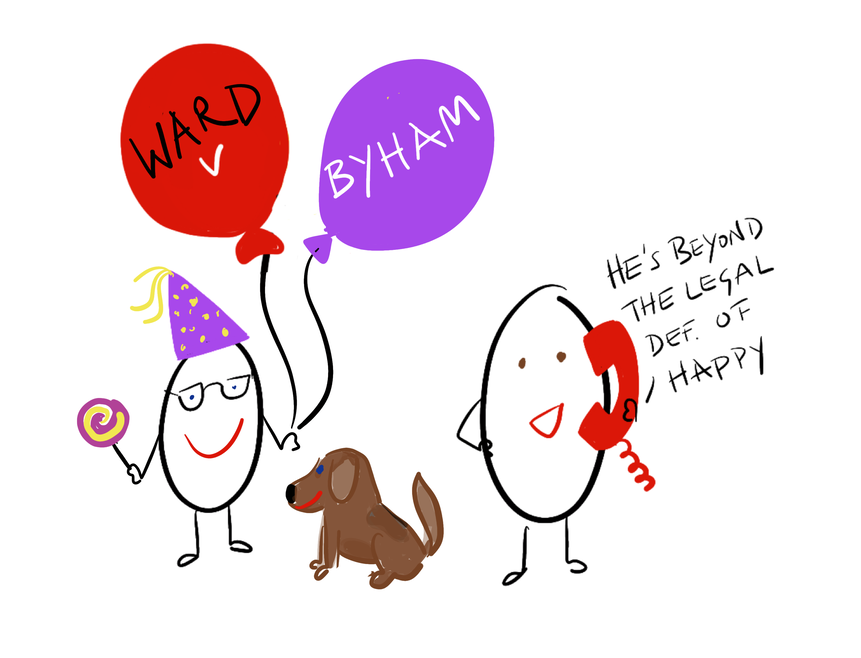 An unmarried couple had a child. When they split up the father offered the mother £1 per week in maintenance to bring up the child and she agreed to ensure that the child was ‘well looked after and happy’. When she remarried the father stopped the payments on the grounds that she was only fulfilling her statutory duty towards the child which was not good consideration. However, the court held that ensuring a child is well looked after and happy goes beyond any statutory duty and she was therefore entitled to the £1 per week.

Denning LJ agreed with this decision but gave a different explanation, which was not challenged by the other judges. He argued that if the other party gained a benefit from the performance of an existing duty then that was consideration enough, it was not necessary to state that the mother had gone above and beyond her statutory duty. However, this goes against the judgment in Collins v Godefroy and potentially the doctrine that consideration must be sufficient…is there any legal value in ensuring that a child is happy?

Also see Glasbrook Bros Ltd v Glamorgan County Council (1925) (HoL) in which the court found that a local police force had performed a service beyond their public duty when protecting a mine during a strike. The mine owner argued that it was part of their duty to prevent crime and protect the public but the court agreed with the police that their public duty was to provide policing as deemed necessary by the police. Anything beyond this was good consideration. These situations are now governed by the Police Act 1996.