TERMINATION OF AN OFFER

HOME  /  CONTRACT LAW  /  FORMATION OF A CONTRACT   /  TERMINATION OF AN OFFER

TERMINATION OF AN OFFER

There are three ways in which an offer can be terminated…

REJECTION OF AN OFFER (BY THE OFFEREE)

The offeree can simply reject the offer. When this happens the offer is automatically terminated. 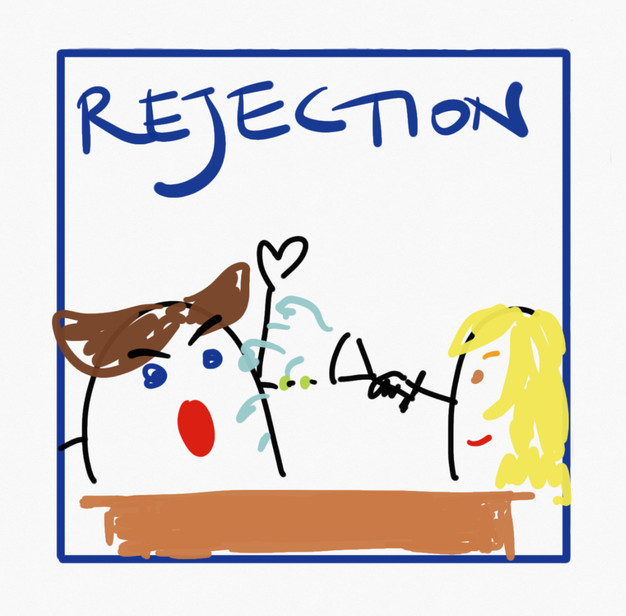 If the offeree responds to the initial offer with suggested new terms this will constitute a counter offer and an implied rejection of the offer. The offeree becomes the new offeror (Hyde v Wrench (1840) (HC)). 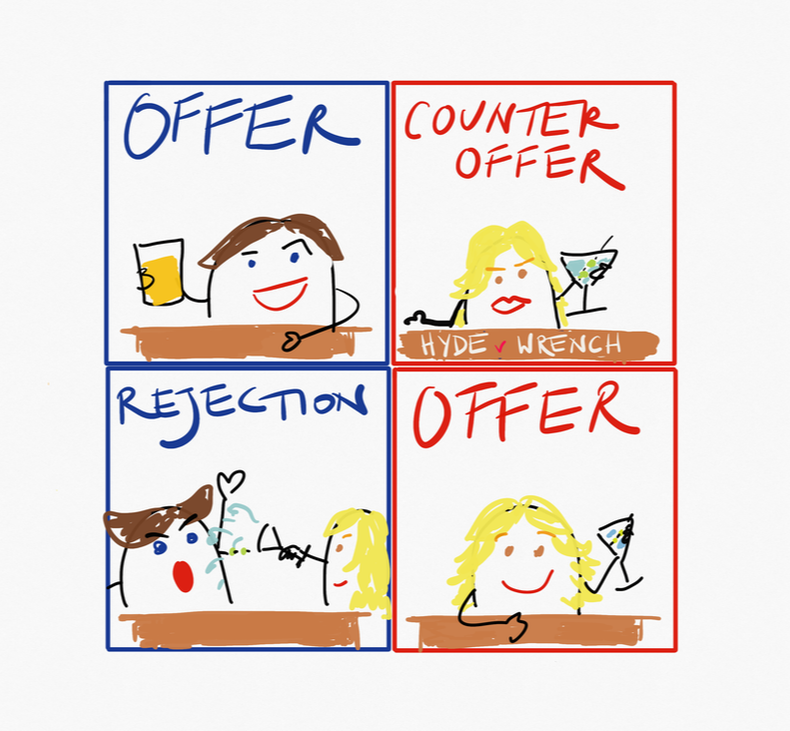 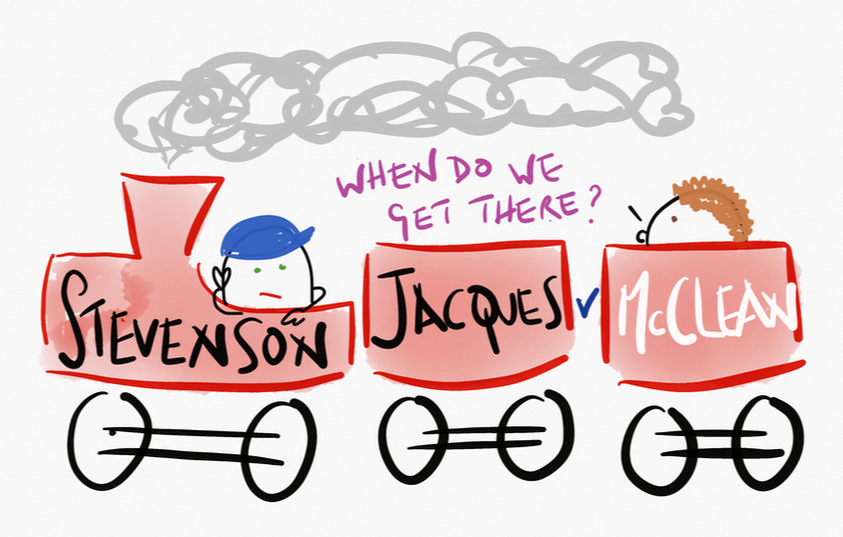 McLean offered to sell iron to Stevenson. Before accepting Stevenson sent a telegram asking for information concerning the delivery. This was held to be a genuine request for further information and not a counter offer.

REVOCATION OF THE OFFER (BY THE OFFEROR)

An offer can be revoked by the offeror at any time before acceptance (Dickinson v Dodds (1876) (CoA)). 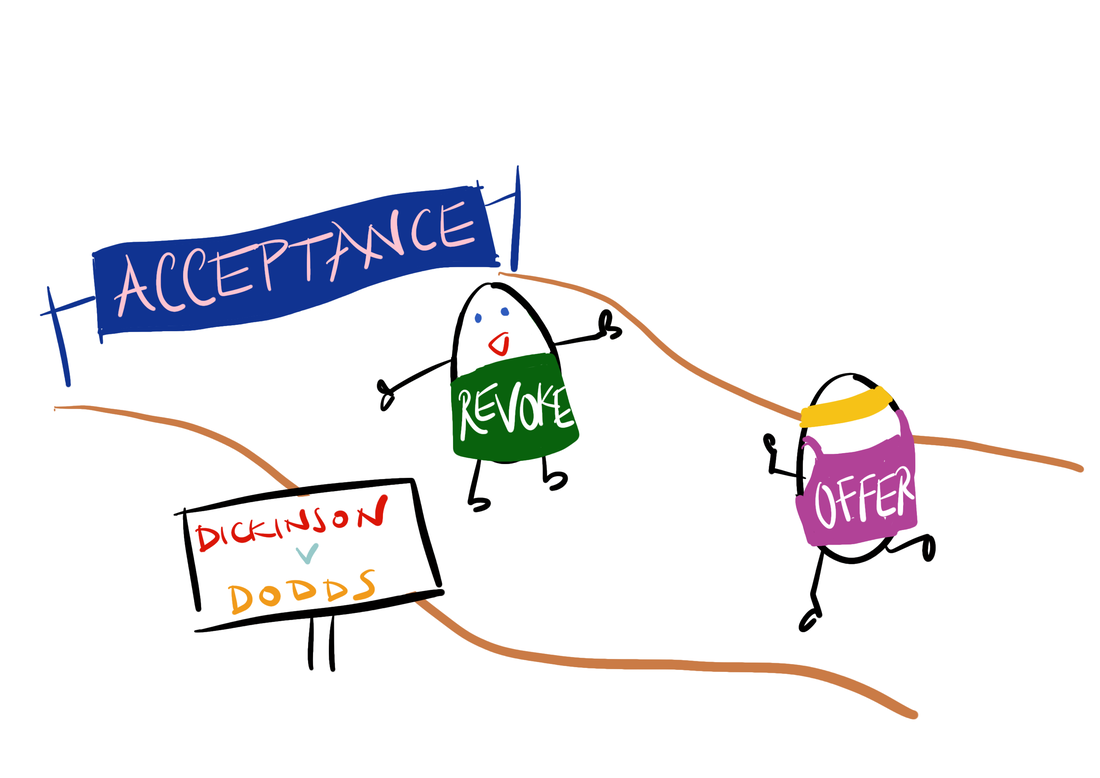 Dodds offered his house for sale, he promised to keep the offer open until 9am on Friday but instead withdrew the offer on Thursday. Dickinson attempted to accept the offer on the Friday morning but there could be no valid acceptance because the offer had already been validly withdrawn.

If the offeror makes a second offer before the offeree has accepted the first offer then this can also count as a revocation of the offer. The initial offer will be terminated so long as it is clear that the intention of making a second offer was to revoke the first (Pickfords v Celestica (2003) (CoA)). See our blog on this very informative case in regards to revocation of an offer, counter offers and acceptance.

The offeror can revoke before acceptance even if they have said that they will keep the offer open for a specified time. However, if the offeree has provided consideration (e.g. paid) for the offer to be held open then the offeror will be in breach if they revoke the offer before the specified time. In Routledge v Grant (1828) (Court of Common Pleas) the offeror stated that he would leave the offer of purchasing a lease on his property open for six weeks. When the offer was revoked before the end of the six weeks the offeree sued. However, the court stated that there was no contract to breach. A contract must be mutually binding on both parties and in this case the offeree was not bound because he had offered no consideration. Therefore there was no contract.

COMMUNICATION OF REVOCATION OF AN OFFER

Revocation of an offer by the offeror is only valid once communicated to the offeree (Byrne v Tienhoven (1880) (Court of Common Pleas)). 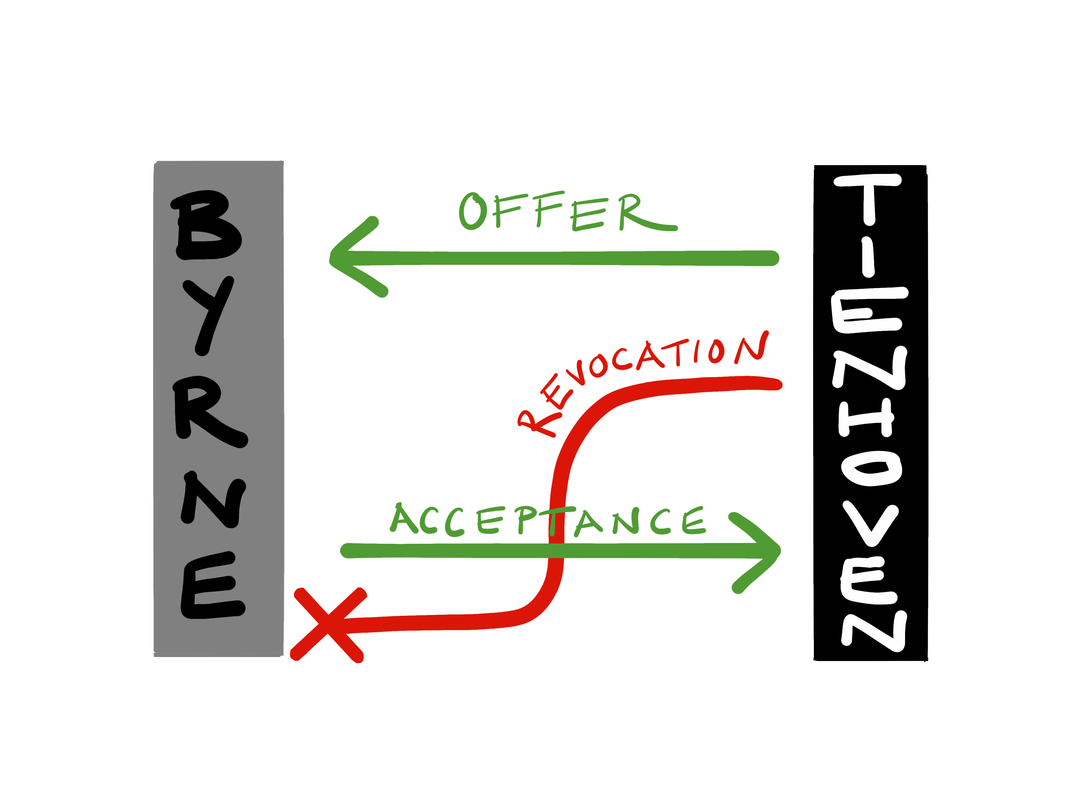 Tienhoven posted an offer from England to Byrne in America. Seven days later he posted a revocation of that offer. However, before the revocation letter arrived in America, Byrne had already sent a telegram to accept the offer. The offer stood as the revocation had only arrived, and therefore been communicated to the offeree, after the offer had been accepted.

REVOCATION OF AN OFFER BY A THIRD PARTY

Revocation of an offer can be communicated by a third party as long as it is reasonable for the offeree to believe the message (Dickinson v Dodds (1876) (CoA)). 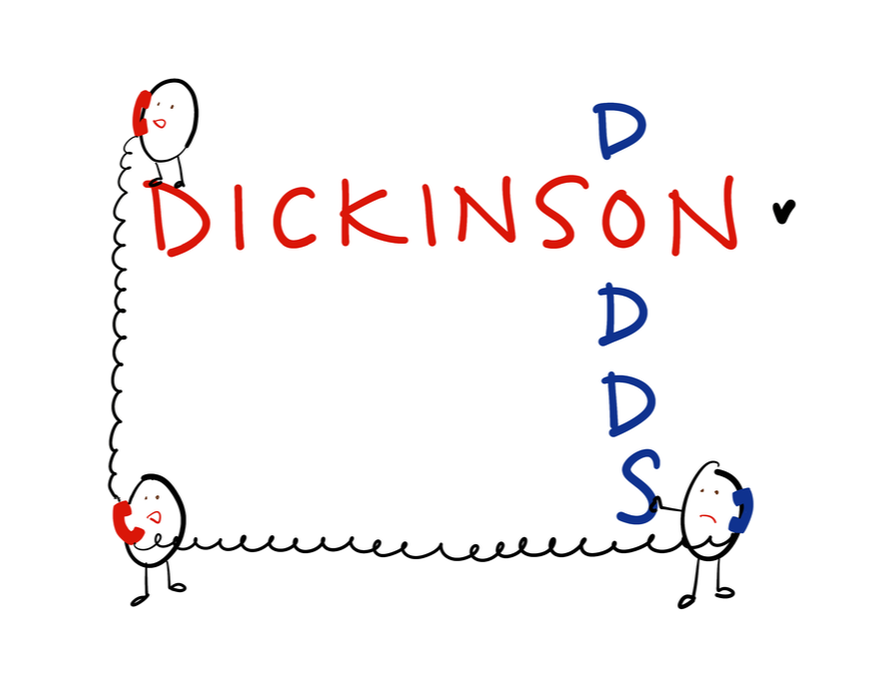 Dodds asked his friend, a reliable person, to tell the offeree that the offer had been withdrawn and the house sold to someone else. This was an effective communication even though the offeree refused to accept it and tried to accept anyway. The court decided that the method of communication was irrelevant as long as the revocation had been reliably communicated.

The law surrounding the revocation of unilateral offers is slightly trickier as acceptance is deemed to have taken place on completion of the specified act. Therefore the offeror can revoke at any time before full completion leading to potentially illogical and unfair outcomes.

‘I offer you £100 if you will walk to York, I could revoke my offer at any time before you reach York.’
Brett J, Great Northern Railway Company v Witham (1873)

EXCEPTION TO REVOCATION OF UNILATERAL OFFERS

The exception to this rule was set out in Errington v Errington and Woods (1952) (CoA). If an offeree has already begun performing the act and it would be unfair to revoke the offer then there is an implied promise not to revoke contained within the offer. This is a form of promissory estoppel. 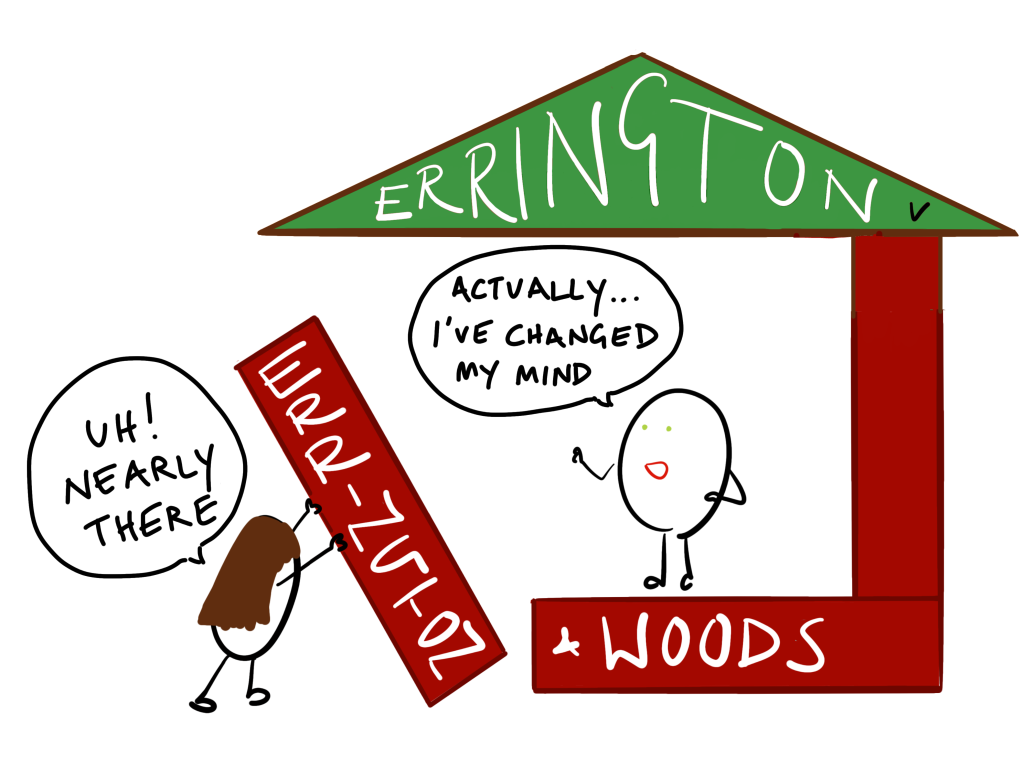 COMMUNICATING THE REVOCATION OF A UNILATERAL OFFER

When a unilateral offer has been made to the whole world (e.g. a wanted poster) it is impossible to know who will have seen it and may be acting upon it. In this situation the American case of Shuey v USA (1875) suggests that if the offeror publicises the revocation in a similar way and to the same degree as they did the offer then the revocation will be valid. There are no English cases on this subject. 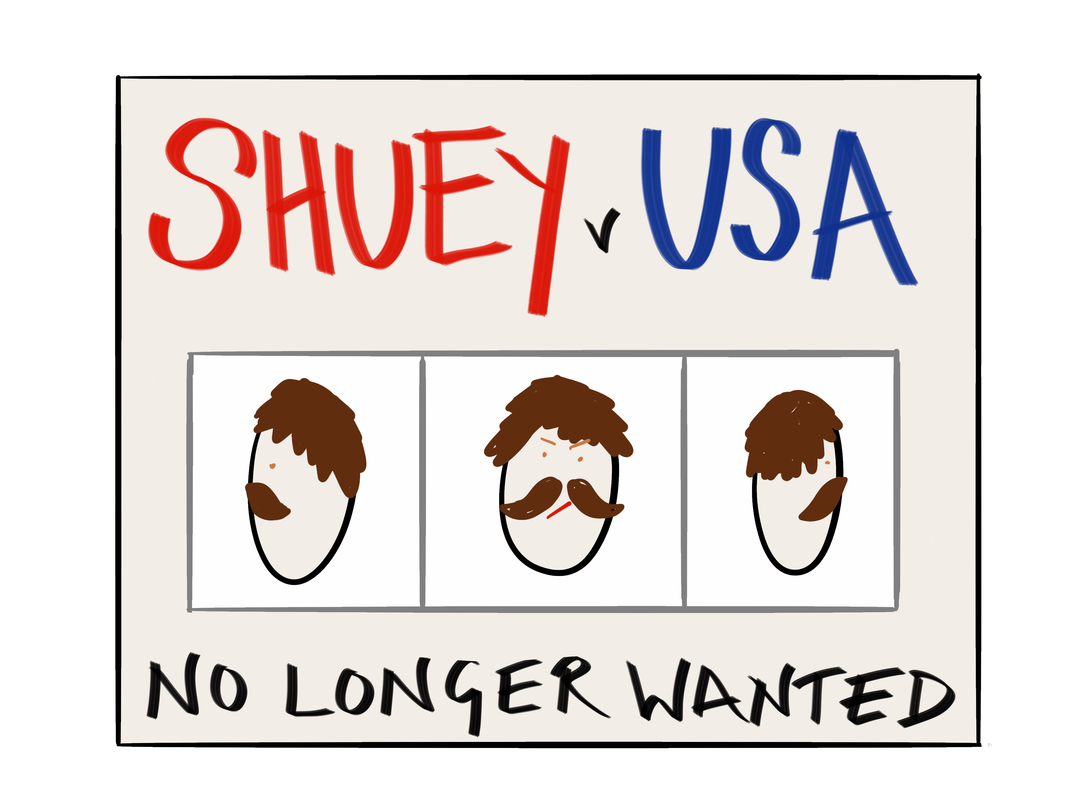 LAPSE OF AN OFFER

An offer will lapse if the time specified by the offeror expires or a reasonable amount of time has elapsed with no acceptance (Ramsgate Victoria Hotel v Montefiore (1866) (Court of Exchequer)). 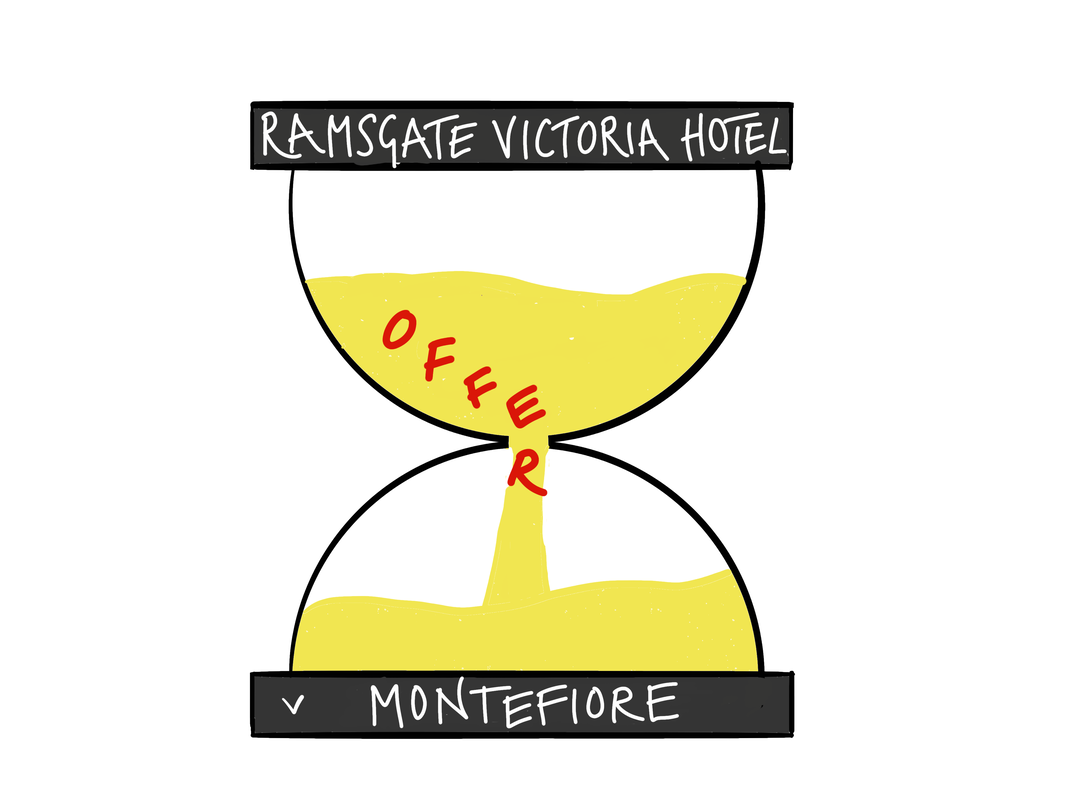 Montefiore offered to buy shares in the hotel. The offer was only accepted four months later by which time Montefiore no longer wanted to buy them. This was held to be a reasonable amount of time and the offer was no longer valid.

DEATH OF THE OFFEROR

Where the offeree has knowledge of the death of the offeror before acceptance they cannot accept (Coulthart v Clementson (1879) (HC)). However, where the offeree accepts without knowing about the offeror’s death a contract may arise. This will depend upon whether the offeror was contracted to provide a personal service that their executors would not be able to fulfill (e.g. portrait painter). In such cases the contract may not be able to be performed by the executors and will therefore lapse (obiter Bradbury v Morgan (1862) (Court of Exchequer)).

DEATH OF THE OFFEREE

Although the law is unclear it is likely that an offer made to an offeree who dies before accepting is terminated (obiter dicta Reynolds v Atherton (1921)(HoL)).

TERMINATion: REJECTION, REVOCATION, LAPSE
OFFEROR CAN REVOKE OFFER ANY TIME BEFORE ACCEPTANCE
REJECTION IS ONLY VALID UPON ARRIVAL
REJECTION CAN BE COMMUNICATED BY A THIRD PARTY
OFFEREE CAN SIMPLY REJECT AN OFFER
OFFERS WILL LAPSE AFTER REASONABLE TIME
REVOCATION OF UNILATERAL OFFERS communicated as widely as offer
A REQUEST FOR FURTHER INFORMATION IS NOT A COUNTER OFFER
Revocation of unilateral offer not possible if unfair
ACCEPTANCE MUST BE A MIRROR IMAGE OF THE OFFER